Behind The Scenes of your Property: The Magic Holding your House Together

We all love looking behind the scenes of a major film production.

The glitz, the glamour, the idea that you could brush against stardom at any second – it’s an intoxicant worthy of Bacchus himself.

What if you could enjoy that kind of behind the scenes action in every part of your life?

Wouldn’t it be fascinating to learn the ins and outs of your work and home?

We think it would be scintillating – that’s why we’re going to show you some of the most important things going on behind the scenes in your home.

So let’s say ACTION and get started.

You’ve probably not thought much about the wires keeping your property in check. But without a solid range of wiring, your home wouldn’t have electricity, hanging lights or any other huge range of implements.

If you’ve got any lights hanging from your ceiling, chances are there’s a catenary wire holding it together, and that’s just the tip of the iceberg. Gym cables, micro cables, plastic coated ropes – they’re all available from premium suppliers and they’re all the beating heart that’s keeping your home ticking over.

Without rafters you wouldn’t have a roof…

…and without a roof you’d have a pretty chilly house!

A rafter is one in a number of sloped structural pieces of wood that is designed to support the roof deck and its loads – and without it your roof would collapse under its own weight.

There are plenty of different types of walls in your house – but by far the most important is the load bearing wall.

Think of this as the wall-equivalent of a strongman hoisting a car above his head – without him underneath to support the weight, it would just be another motor vehicle on the ground.

Imagine not having a foundation in your house – you’d be surrounded by a series of walls that are barely standing, and you’d have mud up to your knees.

Foundations are the first component built in a house, and they’re usually made from pure concrete. In many cases, they’re also the part of a home that takes the longest to build, not least because most properties are erected from a ‘flat-pack’ style to save time. 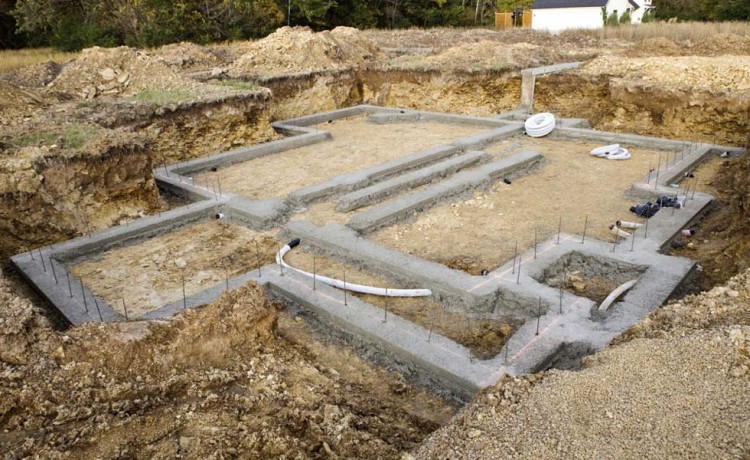 This is quite literally the foundation your home is built on – and we can’t think of anything more important.

And that’s our behind the scenes foray into the world of your home. What has it taught us? Primarily that there’s a reason properties take so long to build – there’s a lot going on in the places you can’t see!

Can you think of any other parts of the home we’ve missed? Then let us know in the comments below!