The Cost of Living in Austin for Renters 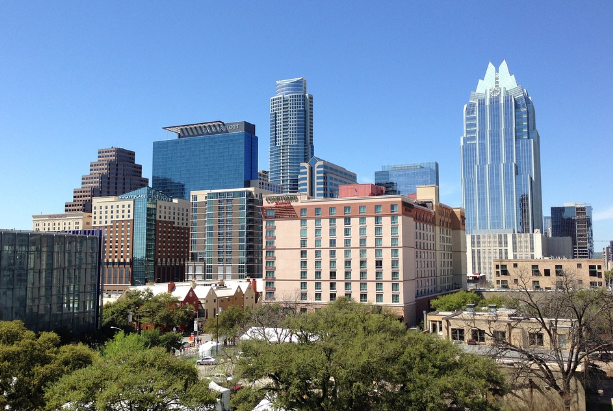 If you’re considering relocating to Austin, it’s crucial that you take the time to crunch numbers and to understand the cost of living. You want to know without a doubt that you can afford to move to a new city.

Having peace of mind that your paycheck is enough to cover necessary expenses makes relocating a lot easier. Unless you're moving and receiving a pay increase, you likely want to relocate to a city that has similar housing, utilities, and healthcare costs.

More than 950,000 people call Austin home, and the city is well-loved for its eclectic music scene, parks, and attractions. But, before making the move, here is all the information you need to know about the cost of renting in Austin, including housing, utilities, and other costs.

Rental Costs
Despite being the state capital of Texas, your hard earned money stretches much further in Austin when compared to other large cities. As a renter, you have endless choices to choose from when finding the best home to meet your needs. You’ll find high-rise apartments, condos, and even homes for rent.

Obviously the closer you are to the downtown area, the more expensive renting will be. Downtown is home to more than 20 large-scale apartment buildings with average rents around $2,200 a month. Some of the other top suburbs for renters include:

If you're looking for lower cost of living, check out areas such as Redwood, Lockhart, Uhland, and Martindale.

Utilities
After you've pinpointed the best suburb to live in, the next step in determining the cost of living is to figure out utility costs. Utilities include heating, cooling, water, and electricity. As with any city, the larger your home, the more expensive your utility costs will be.

Two people living in a 914 square foot apartment can expect to pay around $211 a month in utility expenses. One person living in the same home has an average utility bill of around $123 a month. Depending on where you’re relocating from, these costs may be on par with what you’re used to paying or they may be a little lower. Overall, utility costs are 13% less expensive than the national average, so hopefully, you're able to save some money!

Other utility costs you’ll need to budget are cable, internet, and phone services. The average internet cost for internet in Austin is around $48 a month. To get the most bang for your buck in terms of picking the right service, take the time to compare the best internet providers in Austin on Digital Exits.

In terms of television, your average cost will depend on the channel package you choose. Some of the top television providers, such as DirectTV and AT&T offer packages starting at $35 a month. To save money you could switch to streaming services like Netflix or Hulu which can cost as little as $10.99 per month.

Transportation
Compared to the national average, transportation costs are 7% lower in Austin. The city continues to expand its public transportation options. The most widely used public transportation is the Capital Metro which offers bus service around the city. K-12 students and MetroAccess customers under the age of 18 are able to ride for free. Adult fare is $1.25 for a single ride. You can also purchase passes to reduce ride costs.

Other public transportation programs include:

If public transportation isn’t an option for you, you’ll want to factor in the cost of auto insurance and gas. According to Gas Buddy, you can find gas for as low as $1.74 per gallon in many parts of Austin. Registration renewal fees range from $54.75 for motorcycles to $81.50 for large trucks. Passenger vehicles cost $78.25.

Groceries
Compared to state and national averages, the cost of groceries is much cheaper in Austin. Need milk? That will cost you $0.85. A dozen eggs cost about $3.28, while fresh fruits and vegetables average between $0.50 to $2 per pound. Other necessities like bread, grains, and even alcohol are also cheaper than the national average.

On those days you don’t want to cook, you can enjoy an inexpensive meal for around $15. More expensive meals can cost upwards of $60 or more for two people.

Conclusion
Understanding the ins and outs of the cost of living as a renter in Austin is important when deciding which city is most ideal for you. Knowing just how far your paycheck will go makes it much easier to budget and to pinpoint the best spot in the city.