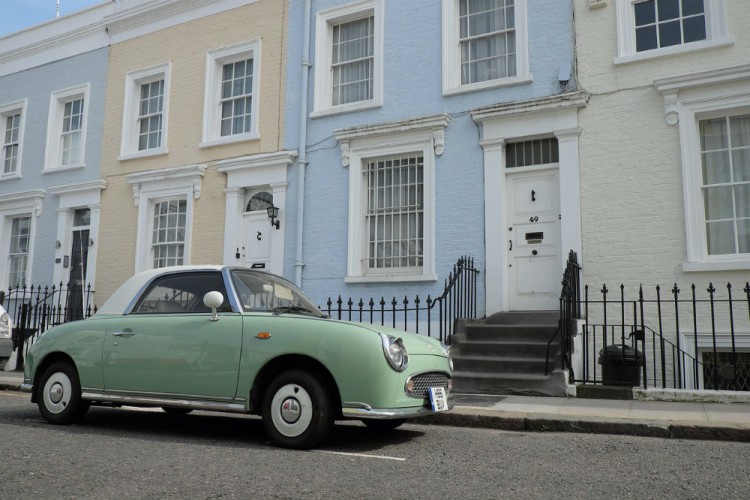 If you’ve chosen Notting Hill as your next home in London, you couldn’t have picked a better place to live. When it comes to fashionable and desirable areas to live in London, Notting Hill is right up there among the best.

Home to affluent trendsetters and full of bohemian glamour, the ‘village’ of Notting Hill along with neighbouring St John’s Wood and Primrose Hill is a favourite with celebrities, artists and politicians. Residents past and present include Stella McCartney and Robbie Williams, George Orwell and Thomas Hardy, Richard Branson, David Cameron and the Milibands, to mention just a few.

Situated centrally in West London, within easy reach of the Circle, District and Central Lines and just a short walk from Hyde Park, Kensington Gardens and Holland Park, Notting Hill lives up to its reputation as a trendy, chic and effortlessly cool place to live. But it wasn’t always like that.

A bit of history

With records of ‘Knottynghull’ dating back to the 13th century, the area has a rich and interesting past. Agriculture (pig farming in particular) and brickmaking were developed in the 18th century and Notting Hill was the place where many of the poor workers lived in squalid conditions while London was expanding at pace. The beautiful terraced houses that now characterise the area weren’t built until the 19th century when Notting Hill became a residential suburb attracting affluent London families.

During the war years, the area was damaged badly and properties failed to be restored to its former grandeur. Instead, many houses were turned into multiple occupancy property to house poor families and, increasingly, Afro-Caribbean immigrants, in separate rooms with communal areas. The slums of Notting Hill became the scene of racial tensions during the 1950s and beyond until the formation of the now famous Notting Hill Carnival, which played a huge part in improving community relations.

Today, Notting Hill is one of the most visually attractive and expensive parts of London to live. Over the years, multiple occupancy homes were turned back into beautiful, spacious single family homes attracting wealthy Londoners again.

The area received a welcome boost when the romantic comedy Notting Hill, starring Julia Roberts and Hugh Grant, charmed moviegoers in 1999. Showcasing Notting Hill as one of the quirkiest and most trendy parts of London, complete with cobblestoned streets, picturesque Victorian townhouses and meticulously kept British gardens, it’s no wonder that it’s a popular area for all kinds of residents – from fashion forward students and young artists to City workers, London families, affluent investors and the rich and famous from all over the world.

House hunting in Notting Hill is a true delight but if you have to be prepared to move quickly if you want to secure the house of your dreams. It’s a beautiful area with many open communal garden squares surrounded by stunning period townhouses that are in high demand among London house buyers. Look out for impeccably styles Victorian terraced houses, especially in and around Ladbroke Grove.

Our best advice is to make contact with a local estate agent who specialises in houses in Notting Hill and be among the first to hear about new properties coming onto the market.

If you’re looking to buy a flat in the Notting Hill area, you’ll be spoilt for choice as many multiple level houses have been converted into luxury apartments. New developments around Portobello Square, Linden Gardens, Leinster Square and Westbourne Park Villas offer both flats and houses to potential residents.

Notting Hill is part of the Royal Borough of Kensington & Chelsea, one of the richest boroughs in London. Schooling is varied and plentiful for all ages, and there are a number of private and international schools in the area including Prince William and Harry’s old schools, Jane Mynors’ Nursery School and Wetherby Pre-Preparatory School.

Getting to and from Notting Hill couldn’t be easier, no doubt one reason why the area is so popular with businessmen in London. Underground stations Notting Hill Gate and Holland Park provide easy transport in around the capital, while Heathrow Airport and the main motorways out of London are easily accessible. The area also benefits from the vast London bus network, while walking and cycling paths are provide via pretty canal paths, Hyde Park and Holland Park.

Perhaps one of the best things about living in Notting Hill is the huge variety of things to do there. The area offers its residents and visitors a lot of fun and relaxation without the need to travel further into London. The streets of Notting Hill are literally packed with wonderful high end boutiques, trendy eateries and fine dining establishments to help you spend your hard earned cash.

Then, of course, they’re London’s most famous street market on Portobello Road. It’s a 2 mile long stretch with quirky and interesting stalls selling everything from fresh produce to antiques, clothes, jewellery and much else besides.

If you’re an arts and culture lover, you’ll be pleased to hear that Notting Hill has two cinemas and a theatre, plus you mustn’t miss the annual spectacle that is the Notting Hill Carnival which takes place every August Bank Holiday weekend.