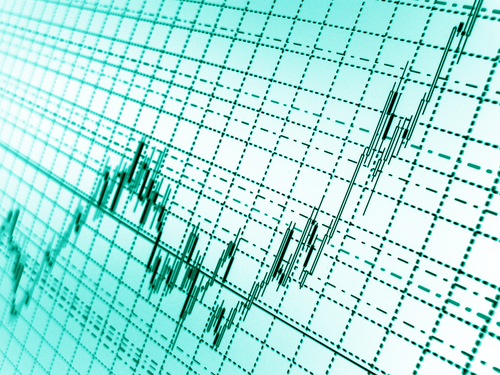 Political and trade events around the world are causing the US dollar to fluctuate, but the dollar managed to end the week with a small gain over other currencies.

The dollar made gains against the Japanese yen (USDJPY, +0.02%). The dollar’s 0.4% weekly gain against the yen was the largest among the G10 countries for the first quarter.

The euro (EURUSD, +0.0325%) rose from $1.2327 to $1.2337, with a weekly gain of 0.4% for this week. The pair reached a peak of 1.2395 on Wednesday, before the release of the Federal Open Market Committee minutes caused a downward spiral. This downward trend continued on Thursday after the European Central Bank minutes were released.

The British pound (GBPUSD, +0.0843%) gained at the end of the week, up from $1.4227 to $1.4238. It had a weekly jump of 1.1%. The gain was fueled by renewed hopes of a Brexit trade deal by next week, amid concerns about decision by Prime Minister Theresa May to support the strikes against Syria.

The dollar gained against the Russian rouble (USDRUB, +0.6225%) at the end of the week, with one dollar buying 62.040 compared to Thursday’s value of 61.964. This reflected a poor week performance for the rouble, dropping 6.8% from the previous week.

Gold ended the week round the $1340 region, at the top end of its daily trading range. The demand for dollar-denominated trading commodities was reinforced by the low US dollar price action, allowing the value of gold to recover from the previous slump to levels below $1335. Trade and geopolitical tensions could reduce the demand for gold, preventing it from making meaningful gains in the trade market.

The US government announced plans to impose additional tariffs on Chinese products, including plans to block investments by Chinese technology firms in the US. China registered its first monthly deficit in three months, and is attempting to rally allies against the US, particularly in Europe. The Shanghai-London Stock Connect is scheduled launch this year, allowing residents of both countries to buy stocks on either Chinese or UK stock markets. In Asia, China has sent delegates to various countries to strengthen diplomatic and trade ties. These countries include Japan, South Korea, Vietnam, and Russia, while leaders of North Korea and Singapore have made trips to China. If the additional tariffs are imposed, China is expected to retaliate. This back and forth action is expected to drag down the dollar and the yuan.

China is expected to release its Gross Domestic Product (GDP) for the first quarter of the year. While the GDP is largely expected to remain at 6.8%, any surprises will lead to wild fluctuations in the global market. Meanwhile, China has announced that the yuan will not be devalued in response to losses caused by the ongoing trade conflict with the US.

Markets are swinging wildly after US President Donald Trump announced plans for a military strike in Syria by the US and its allies, Britain and France. The strikes have been carried out and were deemed successful by the president. Traders continue to keep a watchful eye on the trade market in the wake of these strikes.

The Bank of England is expected to increase rates next month. This has led to increased buying, supporting the gains made by the British pound during the week. Meanwhile, traders’ fears have been eased by UK Brexit secretary David Davis, who stated that businesses are not expected to undergo any changes during post-Brexit transition period.