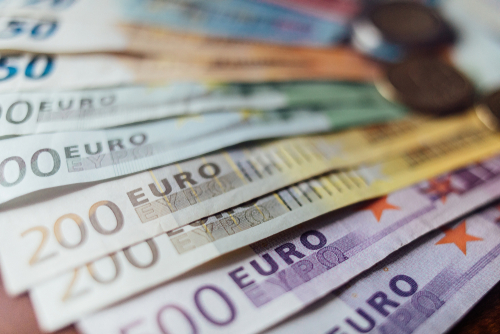 The financial markets do not like uncertainties, but there are a few times when they welcome it. On Wednesday 11 April, US President Donald Trump blasted Russia via twitter in response to their threat to shoot down any missiles fired at Syria. This tweet immediately saw investors scrambling to sell of their stock of USD and move over to safe haven assets such as the Japanese Yan. This brought about a drop of 0.27% in the USD down to 106.60 on Wednesday following Trump’s tweet. The currency pair USD/JPY later moved up to 106.94 in favor of the USD after hitting technical support at 106.60. However, following the White House’s claim that an airstrike may not be coming anytime soon, investors’ confidence in the USD increased Thursday 12 April and the currency pair eventually rose up to 107.00 in favor of the USD as at the time of this writing.

The USD welcomed Trump’s tweet about the uncertainty of an airstrike and rose strong against the Euro, Japanese Yen and Swiss Franc. However, the greenback is still holding tight against the Pound Sterling as well as the Canadian and Australian Dollar. European equities also welcomed this uncertainty as DAX turned an initial loss into gain, trading up 0.55% by 12 noon. CAC also went up 0.23% while FTSE remained constant. Until further development comes out to clear the air about an imminent airstrike by the US in Syria, the US futures look good to open higher.

On another hand, the ECB minutes provided little or no news to Euro traders leaving a lot of people dissatisfied and unsure of the next step. Earlier in the week, Ewald Nowotny, ECB Governing Council member may have prompted speculations of a potential ECB rate hike; however, the cautious tone of the ECB minutes put this speculation to rest as it gave no hint about any further action regarding the asset purchase program. Even though the ECB minutes were clear enough, it was unsatisfactory to traders causing the Euro to drop lower.

As is his custom, US President Donald Trump made his usual morning tweet on Thursday 12 April, where he pointed out that he never said a strike against Syria was imminent. “It could happen very soon or not soon at all” he said in his tweet. This is coming just hours after he promised Russia in a previous tweet that nice, new and smart missiles will be coming. The US President Trump changed his tune to “its gonna come, but we don’t know when”.

This new tweet calmed fears about a geopolitical conflict that affected the strength of the dollar causing it to drop in the basket of six world currencies pegged in the USD index. By end of trade Wednesday 11, the USD had dropped to 89.09 against the pegged currencies but recovered Thursday on the heels of President Trump’s backpedalling. This was further helped by Russia’s obvious interest in a conflict-free resolution.

The Euro dropped Thursday 12 April following the ECB March minutes which delivered disappointing results to Euro traders. The currency weakened against all but JPY and CHF on the heels of disappointing ECB March minutes. ECB in the minutes noted that prudence, patience and persistence is needed to deal with the underlying inflation pressures affecting the region. This minute has been long anticipated with Euro traders expecting a bit of hawkishness or increase in ECB rate. However, the cautious tone of the ECB minute was disappointing to traders which resulted in a drop in Euro prices.

Even though the report pointed out that economic expansion has brought about a reduction in the possibility of economic surprises that could lead to deflationary risks, the Governing Council members still emphasized the need for patience and caution.

Concerning Euro’s exchange rate, ECB noted that the recent movements in the system shows a relationship to monetary policy shocks rather than an improvement in macroeconomic outlook. This suggests that an appreciation in exchange rate will have a negative effect on inflation.

After the release of ECB minutes, the Euro broke below the key support at 1.2327 in the wake of fresh fears about trade wars and how it would affect confidence in the Euro. “The risk of trade conflicts has increased” warns ECB “And this could have adverse effect on financial activity for all the countries involved”.

However, geopolitical tensions including the possibility of military action in Syria remains one of the contributing factors that could influence the market in coming sessions.