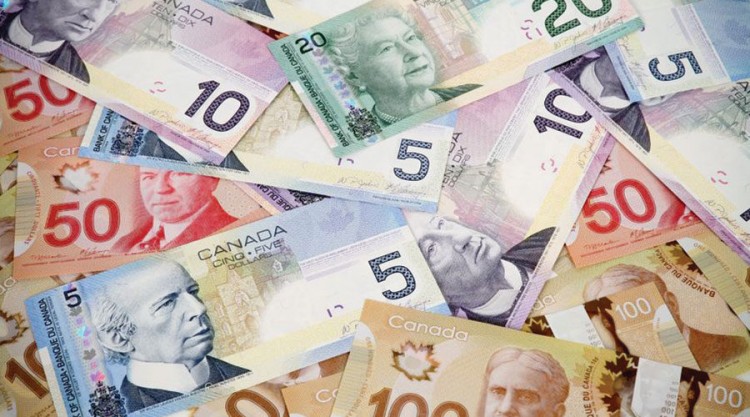 The Canadian Dollar’s downward slide doesn’t seem to be easing anytime soon as analysts predict more loses due to concerns about brewing trade issues. The Loonie, which has been one of the poorest performers in a week where the US Dollar took a battering, managed to stabilize the decline though that can be attributed to factors that affected other trading currencies rather than a change of outlook.

The chain of events that have brought the Canadian Dollars to this unpleasant point started with the deterioration of its trade relationship with one of its biggest trade partners, the US; and with the conundrum plaguing one of the world’s biggest oil producers yet to be resolved, it is only normal for its currency to suffer the brunt of the blow.

The Canada-US trade tension isn’t helped by the aggressive stance taken by the US against other strategic trade partners across the globe. With Canada’s economy trade-inclined, it is unrealistic to see any other future apart from a large dent in the value of the Canadian Dollar both in the medium and long-term.

The Canadian Dollar enjoyed a little respite when the new tariffs imposed on aluminium and steel by the US government omitted both Canada and Mexico. The 10% and 25% increase for both respective metals would have negatively affected Canada’s multi billion dollars steel industry and brought the Loonie to its knees.

It isn’t smooth sailing yet though as retaliatory tariff hikes from the affected countries is certain to disrupt the global economy and immensely pressurize the Canadian Dollar. The Canadian government could also be toeing the line of tariff hikes on the two affected metals after its prime minister suggested it. In an interview on Tuesday, Justin Trudeau said that the country may have to replicate the US’s new tariff hikes in order to stop foreign producers from using Canada as a conduit to the US.

Such protectionism stance will only have a negative impact on the country’s economy particularly when other global trade partners begin to adopt similar policies in retaliation. The Canadian government can’t, however, be blamed for trying to protect its steel industry from consequences that are sure to succeed the US’s erratic trade policy. What it must hope for is an easing of trade-tension between the US and other economic giants like China, Japan, and the EU.

Effect of Trade Uncertainty on the Loonie

The USDCAD pair was very sluggish all week with both currencies being among the worst performers in the Forex market. After the pair engaged in multiple intraday pin-pong movements for most of the week, it went on to settle at the 1.2950 mark. It was indeed a very poor performance by the Loonie, which failed to capitalize on the mini-crisis suffered by the US Dollar after being at the end of two negative news releases.

While the US Dollar was battered by other world currencies in the market, the USDCAD pair barely slugged below 1.2900 and was soon on the upward trend to close around the 1.2950 level. The GBPCAD also soared higher thanks to the positive outlook for the UK economy and with a prospective increase in public spending on the horizon. The pair settled around the 1.8064 mark after slightly relaxing its upward trend.

The Loonie on the Brink as NAFTA Remains in Jeopardy

The renegotiation of the NAFTA agreement seems to be the ace in a hole that holds the future of the Loonie, but the only resolution that is plausible is the US getting its way at the expense of other North American trade partners including Canada.

The string of tough trade policy implementations being executed by the US, which started with the January tariff hike on washing machines and solar panels, isn’t slowing down either; and the NAFTA renegotiations are expected to follow the trend.

Since the US president himself referred to the previous NAFTA deal as the worst in history, it is expected that a whole lot will have to be changed in order for the new deal to appeal to the folks at Washington. The protectionism agenda being followed the US may, however, not augur well for the world’s economy in general and Canada is at the forefront of countries that are bound to suffer the worst.

The Loonie is a currency that is severely under pressure and the general outlook doesn’t seem pretty. It must, however, hope that by some miracle it gets a break from an unlikely positive NAFTA resolution.