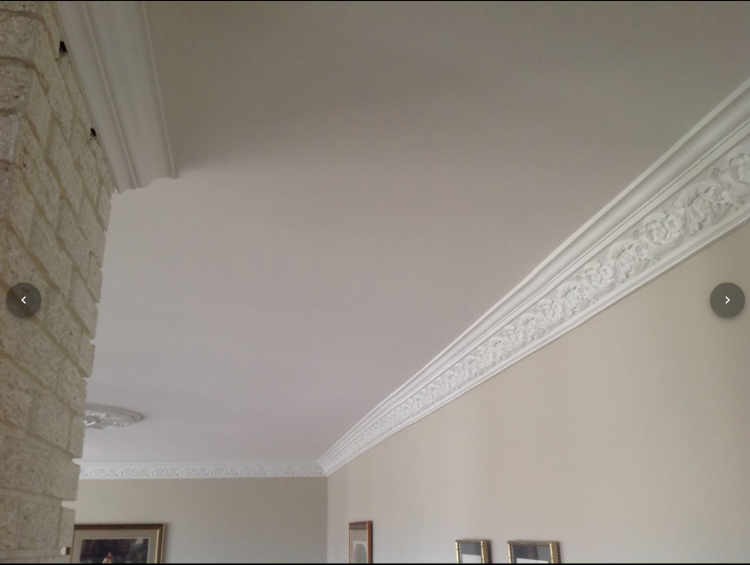 Are your ceilings covered in stipple or popcorn?

Many people don’t know this but back in the day, stipple was actually “sold” as a feature with added benefits in compared to flat ceilings. Consumers bought it up and were all for the “sound attenuation properties” among others.

The real fact of the matter is this. Home builders were constantly being called by the buyers about deficient ceilings that needed to be fixes. These builders, in turn, had to call back the finishers (tapers, mudders, plasterers) or at times the painters to come fix the deficiencies. This was a constant battle between the two. The trades people were losing money by going back to fix their own deficient work. And quite frankly, they aren’t fully at fault. The way a ceiling looks at 8am is completely different from how it will look at 8PM and at different times of the year when the earth’s rotation is different, it will look different again. As the sun comes in and reflects off different surfaces it casts light and shadows in different places. These new angles and reflections reveal deficiencies. While most of these deficiencies can be caught during the prime check, some are easily missed.

If you’ve been looking at having Ottawa Stipple Removal done in your home, PatchBoyz would be pleased to come by and take a look and see what can be done with your home. PatchBoyz specializes in stipple and popcorn ceiling removal using dustless equipment in order to eliminate dust and prevent the home-owner from having to get their ducts cleaned after the work has been done.

You’ll be amazed at how much your rooms open up and shine once you allow the sun to reflect on these new smooth surfaces.