How to Improve Fire Safety in Your Property

Whether they occur in the home or the workplace, fires can be devastating occurrences. The potential that fire has to cause death and destruction means that fire safety should be a consideration in everything that you do. Thankfully, by following some simple advice, and investing in some relatively cheap pieces of equipment, it is possible to greatly reduce the potential for fires to break out in the first place. 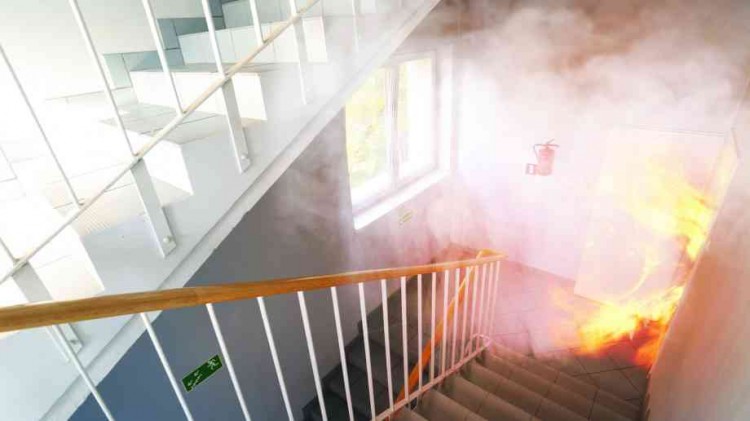 The number of fires occurring every year in Canada is on the increase. Part of the reason for the drop in incidents is greater education and awareness among the general public. The following fire safety tips are the most essential and will apply to any type of building. They will help you to ensure excellent fire safety wherever you are.

Install Smoke Alarms
Smoke alarms are the first line and most important defense against fires. Smoke alarms alert people to the presence of fire as quickly as possible, and in a situation where seconds can be the difference between the life and death, reacting quickly can make all the difference to the outcome. Smoke alarms are cheap and effective. They also work automatically, require no input from the user, nor any maintenance beyond very occasionally changing the battery.

Smoke alarms are commonly seen in kitchens, but it is also a good idea to place them in other areas. While the majority of home fires start in the kitchen, they usually occur while the kitchen is in use. Fires that occur during the night often begin with electrical appliances.

Install a Sprinkler System
Sprinkler systems are becoming an increasingly common sight in large buildings. Under ideal conditions, sprinklers can stop a fire in its earliest stages and prevent it from ever taking hold. In cases where a fire has already grown to a considerable size, sprinklers will significantly hinder its spread and, when firefighters arrive to tackle the blaze with equipment, it will be much easier to put the blaze out.

Fire sprinkler systems have proven to be particularly effective in mitigating and preventing fires from taking hold in situations where they pose a threat to stock or other storage items for businesses.

Cook With Care
Around two-thirds of domestic fires start while cooking. The most important factor in preventing kitchen fires is dirt, so make sure that you regularly clean your oven, stove, grill, and anything else you cook on. You should also avoid cooking while overly tired or while intoxicated. As tempting as it can be to cook while drunk, the chances of an accident occurring are much higher.

Another common source of accidental fires in the kitchen is caused by loose clothing. This is particularly dangerous as clothing often burns quickly and it can cause serious injury.

Keep Doors Closed
A closed door will make a big difference in slowing the spread of a fire. If a door is open then the flames can easily 'reach' around the door frame and spread to the other side. With a closed door the spread takes much longer, often long enough for fire crews to arrive.

Maintaining good fire safety practices is something that all of us should strive for, but luckily it is easily achievable with a few simple and sensible steps. Smoke alarms are cheap and they will give you the best chance of responding should a fire break out.