Why does the luxury Mayfair property market continue to attract buyers and investors?

London’s world-famous area of Mayfair has long been synonymous with wealth and prosperity. After all, there is good reason why it is the most expensive area on a monopoly board. Anyone taking a stroll through modern-day Mayfair cannot fail to notice the pristine buildings, home of designer fashion and jewelry brands as well as some of the most exclusive hotels and restaurants in the world.

Bordered by some of the most well-known areas of London such as Hyde Park, Oxford Street and Regent Street, Mayfair boasts a global reputation as the playground of the rich and super-rich.

The area’s name derives from the annual May Fair which took place for around 80 years in what is now known as Shepherd Market, although it was moved in 1764 as residents believed that the event was no longer appropriate for an area of such luxury and privilege.

Initially the area was developed in the mid-17th century as a well-to-do residential area for distinguished members of the upper classes and the aristocracy. Much of the area was and continues to be owned by esteemed landlords including the Duke of Westminster, the Grosvenor family and the Berkeley family. Unlike other areas of the capital, Mayfair still retains much of its original architecture, with stunning Georgian buildings dotted throughout its pristine streets.

It is easy to see why Mayfair remains London’s most exclusive postcode and there is never a shortage of buyers looking to join the illustrious club of current and former residents which includes Queen Elizabeth II, numerous Prime Ministers such as Sir Winston Churchill and Sir Robert Peel as well as several US Presidents.

Of course, it is not just the area’s proud and privileged history which has cemented the W1 postcode’s position as one of the most desirable, it is also the fact that residents can enjoy the very best of central London living. Within walking distance, Mayfair residents have all that this magnificent city has to offer and find themselves rubbing shoulders with diplomats, movie stars and royalty on a daily basis.

Currently, the streets within the south of the area including Curzon Street and Clarges Street are seeing rapid development and increased interest from buyers. Eleven homes are due to enter the market during the next few months as completion nears on the British Land development in Clarges Mayfair, a new luxury residence at the heart of Mayfair. A commentator from leading Mayfair property experts Wetherell, explains that “Mayfair is experiencing boom times in the luxury residential property market. The area’s housing stock is enjoying a period of revival not witnessed by experts since the 1920s and Clarges is just one example of this rejuvenation. In turn, this is attracting a new wave of investors and buyers to the area from across the globe.” 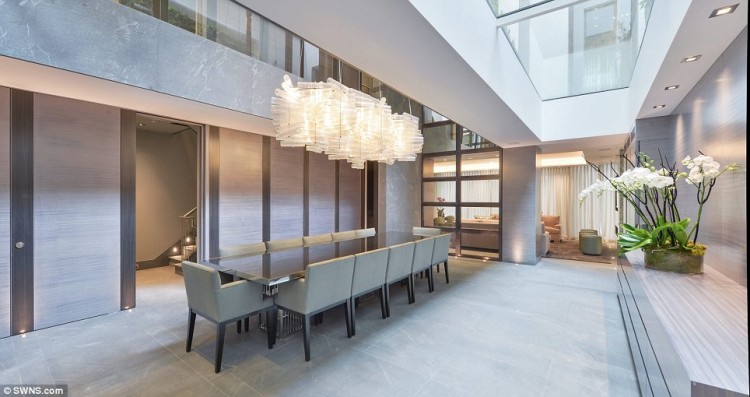 Investors from elsewhere in Europe, as well as the United States, India and the Middle East are increasingly attracted to Mayfair property as more properties in the area are enhanced and redeveloped.

Whilst the perception may be that Mayfair property is only available to the super-rich, the range of properties available in the lower price range may come as a surprise to buyers. For example, two or three bedroom homes on some of Mayfair’s glitziest streets begin from as little as £1.5 million, with premium properties fetching up to £5.25 million.  In terms of square footage, there is also considerable variation with the price per square foot ranging from £2,200 up to £4,400.

With the acceleration in the development of properties across the area, Mayfair continues to be regarded as a safe haven for investors and buyers eager to align themselves with the sterling reputation of this exclusive area which has been centuries in the making.