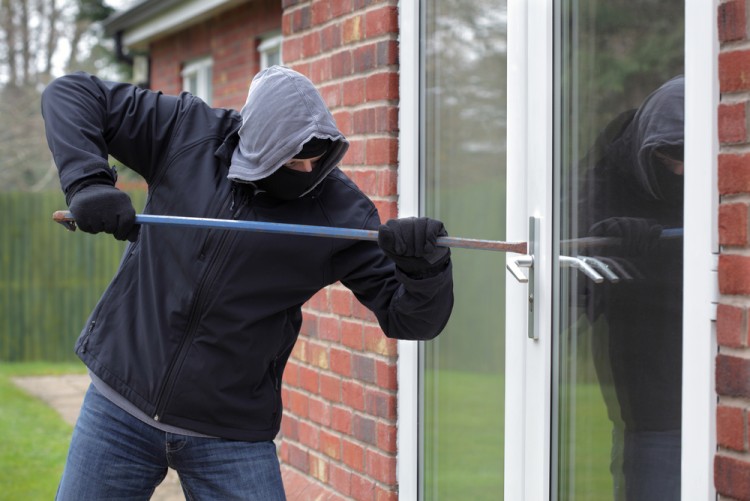 As a father of four little children, I am inherently obsessed with their security and safety.

When they were just tiny, the main focus was locking up chemicals, adding outlet covers throughout the house, and childproofing the sharp objects.

However, as they get older and more mobile, I have become more concerned about threats from the outside.

Granted, in our modern societies, the threat of a home break-in is reasonably low (around 1% chance). That doesn't mean that it isn't a threat that doesn't terrify us or occupy our thoughts.

Following a recent abduction and death in our city that occurred during broad daylight, I decided that we needed to enhance the security around our property.

Here are some of the things that I implemented. While this system does not call the police in the event of a break-in, I do feel that I can sleep better at night, knowing I would be alerted if an attempt was made.

Most burglaries occur when you are at work, so if you want to enhance the protection of your house while you are gone, this might not be quite as useful.

In the Elizabeth Smart abduction, the abductor with someone who had previously performed work on their house.

Home repairs are not cheap, and it is tempting to hire the most affordable person off of Craigslist to complete a task. For me, it is no longer about price, but about safety.

When I hire a contractor, I want them to be well-reviewed in Google and on Yelp. I realize that these companies can pay for fake reviews, but the most established ones will have plenty of legitimate reviews.

Before they are hired, I ask them who will be performing the work, and if they have a background check on their employees. We recently hired a roofing company, that then outsourced the work to a separate roofing company. The subcontractors did not have the same standards of background checks and employee verification.

If the contractor you hire plans on bringing in subcontractors, it is worthwhile to verify that these new contractors also have the same standard of verification.

It may cost me a little more, but I feel better with the thought that these people are hopefully of a higher caliber.

Door and window alarms are surprisingly cheap. There are many options when it comes to battery-powered alarms. Tool Tally reviews a bunch of these, but I feel that they are all pretty much the same. You can by a 10 pack of them for just a few dollars.

These alarms stick to the window or the door with a small screw or double-sided tape.

When the doors or the window is open, the alarm sounds.

Granted, to arm them, they need to be checked every night to make sure they are turned on. We have nine windows and three doors in our house, and it takes me about three minutes to go from window to window and make sure the alarms are turned on.

As a bonus, these alarms can add more security if you have a kid who is an escape artist!

While they don’t alert the police, they are super noisy and sound just like a whole house alarm system.

Fires are terrifying. They're indiscriminate. A fire can destroy a multi-million-dollar house just as quickly as it can ruin a $100,000 cottage.

I typically install one fire detector for every 300 ft.² of living space. I realize that it is overkill, and my wife hates it whenever she smokes up the house while cooking.

However, I want the loudest and earliest alert that we can have in the event of an actual fire.

Multiple detectors and sleeping with our bedroom doors shut at night guarantees that we have the best chance in the unfortunate event of a fire.

Cameras are expensive and can be challenging to set up. At some point down the road, I will likely install cameras. We did have one set of cheaper cameras, but they never delivered a clear picture, and eventually, they broke.

Between now and when I have $1,000 to invest in an excellent camera system, I still want an early alert if someone is prowling outside the house.

Wireless solar powered driveway motion detectors are the ideal solution. You can set them up to monitor the driveway, but they can also be used to monitor areas near the back porch and other areas of access.

When these sensors detect motion, an alarm inside the house goes off.

This gives you an early alert if something is moving around outside.

I strongly dislike the Vivint salespeople that constantly troll our neighborhood. There always asking if we have a security system, which makes me feel like my house is being scoped out as a target.

In an attempt to deter both the Vivint salespeople and any would-be fees, I invested in some fake ADT security signs to add near the driveway and the front door.

I understand that using the signs without the monthly service is a "lie", but it's a little lie that I am okay telling if it deters a threat to my family.

All of the systems above only cost about $200, depending on where you buy them. That's a lot of protection for a minimal price.

Recently, I decided to upgrade our security by adding a doorbell camera. These doorbell cameras are not cheap, but they provide excellent coverage of the front of the house.

They are also proving to be a superb deterrent to package thieves.

Finally, the doorbell camera is the one alert that follows us wherever we are, notifying us when there is activity at the house.

We don't currently have a pool, but drowning is one of the biggest threats to small children.

If we did have a pool, I would be adding a fence around it to prevent physical access.

Additionally, pool alarms are a must have. It only takes minutes for a child to drown, and if your property has a pool, an alarm system for it is one of the best investment you can make.

It is impossible to protect ourselves against every potentially bad outcome. But for a little under $500, I was able to add a high level of security around my house and set my mind at ease.

Hopefully, this gives you some ideas on how to enhance your home's security cheaply.