The Renaissance is a period in history that leaves behind a rich cultural heritage. Stretching from the 14th to 17th centuries, its influence is still celebrated today in a number of fields, not least the world of art.

From fabulous frescoes to stunning ceilings and terracotta floors – we can glimpse this world in palaces and museums yet, increasingly, the period is enjoying its own, you guessed it, renaissance. People are increasingly  thinking how they too can transport the grand interiors of this period into their own homes – using interior design to deliver either fully blown reconstructions or a modern spin on this classic period.

By way of inspiration, here are five home that have done just that… 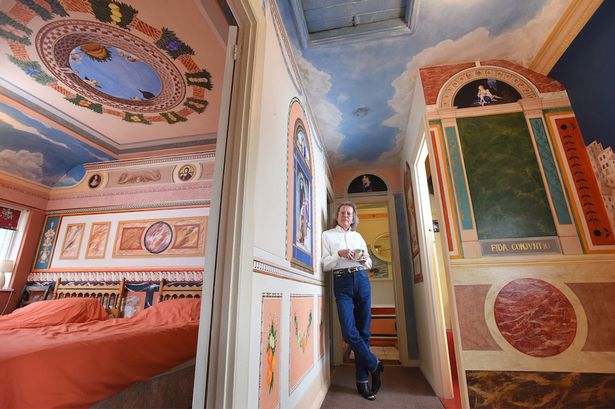 Think of the Renaissance and you’ll probably cast your mind to Michelangelo’s magnificent Sistine Chapel ceiling – the world-famous masterpiece that has attracted admiring glances since the Italian artist worked on it, from 1508 to 1512.

You might think that it’s near-on impossible to recreate that Vatican City style in your home, but not necessarily. Retired painter and decorator Robert Burns, of Brighton, has gone further than most by decorating his whole house with patterns and paintings inspired by the Renaissance, including a faithful replica of the Sistine Chapel ceiling.

While an entire home of patterns might not be to everyone’s tastes, Robert shows how an eye for art can be translated into something practical on walls and ceilings of any home – and his 12-year labour of love caught the eye of a Brighton millionaire who, in 2007, paid for him to work on the ballroom ceiling of his luxury mansion outside Horsham.

Robert’s home may be humble, but this certainly isn’t. Built in 1995, this home in Pyramid Place, Los Angeles took inspiration from the Renaissance across 3,006 square feet of living space.

The centrepiece to this home, named La Bastide or ‘fortified town’, is a 16th century marble staircase from a Spanish abbey surrounded by a succession of trompe-l'½il painted stone walls that look as though they are torn straight from the history books. 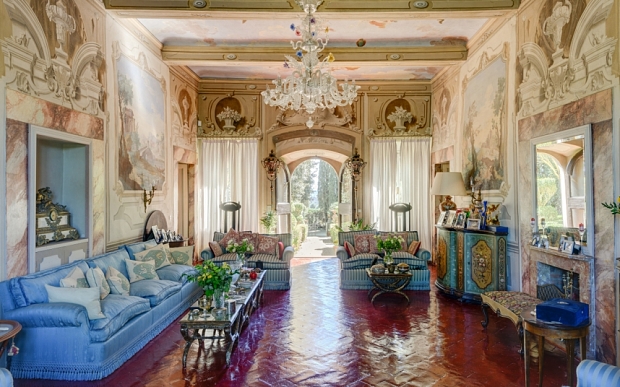 When looking for inspiration, why look further than a bona fide Renaissance home? The Palazzo al Bosco is one such home, built, as it was, to the designs of Michelangelo himself.

Frescoes cover almost inch of space in the ground and first-floor rooms, including the master bedroom, and 20 acres of vineyards and 24 acres of olive groves complete the Renaissance lifestyle with aplomb.

The mullions in the windows and terracotta floor have survived since the days of Michelangelo himself.

You don’t necessarily have to have the grand space of the last two homes to achieve a Renaissance effect. Take a look at how a plain, white-walled high-rise apartment in Singapore took on the artistic style of the period.

Stone tiles, gold trimmings and patterned walls borrow heavily from the period, while retaining a modern twist too. It’s a great example of how to incorporate this design into a more modern property. 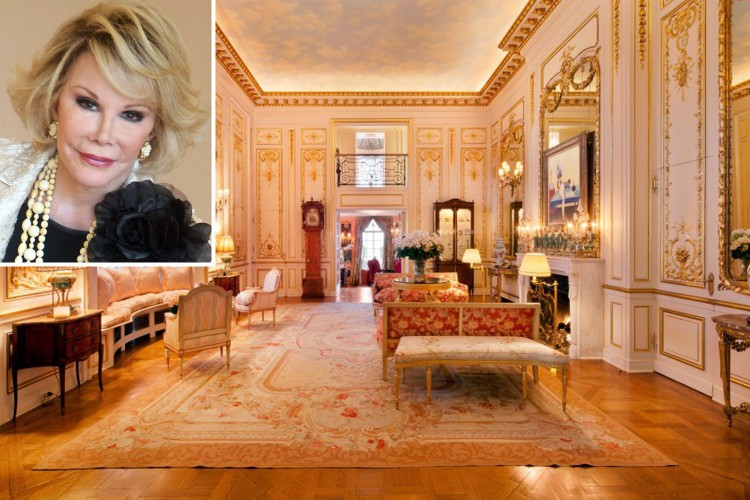 If that Singapore high-rise showed how to ‘do the Renaissance’ in a subtler, more modern way, then Joan Rivers’ home is quite the opposite. Her $35 million condo in Upper East Side New York borrows from many exquisite styles – including more than its fair share of glittering gold - but the high ceilings, marble statues and floors and patterned walls show more than a nod to the Renaissance.