Musician Aaron Dessner has placed his six-bedroom home in Brooklyn's Ditmas Park up for sale, with an asking price of $2.35 million. Dessner, who rose to fame as a member of Brooklyn indie-rock band the National, converted the original property into a music studio with skylights and elegant oak floors.

Curbed news recently stated that Dessner and the band recorded High Violet, the National’s 2010 album, on the premises. Presently configured as a two-family home, with a second level apartment (currently occupied by the National lead singer, Matt Berninger) , the 2,800-square-foot, three-story house also has a wrap-around porch, huge back yard, and plenty of extra space for storage. 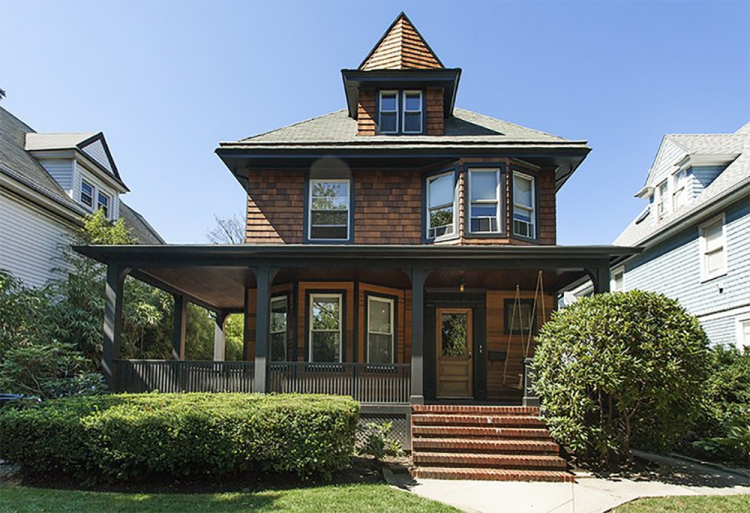 Although Dessner and his girlfriend, Stine, only use the building’s first floor, their unit is highly spacious. It has a massive living room, dining room, and kitchen. Their bedroom overlooks a broad deck and the music studio where the National’s fifth album was recorded.

Dessner purchased the house for $700,000 in 2003, and did most of the renovation work himself, according to the New York Post. He recalled that the ceilings consisted of strange materials from the 1960s that crumbled into dust when he pulled it down. Now, 12 years later, he is reaping the benefits, as the home is worth more than double what he originally paid for it. He commented, “I could never afford to buy a house like this now.”

Ditmas Park is a favourite with musicians, such as Sufjan Stevens and Bryce Dessner, Aaron’s brother, Bryce, who plays guitar for the National. Band members Bryan and Scott Devendorf also live nearby.

Lots in the neighbourhood are 50 by 100 feet, unlike typical New York brownstone lots that are 25 feet. There is also a lot of local greenery that makes it easy for residents to forget that they are living in the city, although the Q train is a mere five-minute walk away.