Where to Buy Property In Turkey

Promising a low cost of living, as well as cheap property with good growth potential, Turkey could become a key market for retirees. Despite some recent political troubles currency fluctuations has made Turkey even more attractive.

“Much of Turkey’s economic growth is based on its geographical position, bridging East and West, and the access it has to Western European markets,” said Julian Walker, director at Spot Blue International Property. “It also has relatively low labour costs and favourable demographics, and as patterns of world trade change, the commercial prominence of Istanbul in particular will grow, making Turkish property an appealing proposition to foreign investors.”

So whats so special about Turkey to overseas buyers?

The beach season on the coast of the Turkish Riviera lasts from April until October; the sun is shines brightly and there is virtually no rainfall. During the summer months the temperature can reach 45°C and even during the night doesn't drop below 30°C. The sea water warms up to +25 - + 28°C during the beach season at the Antalya coast.

Second homebuyers have been attracted to Turkey primarily by the comparatively cheap property prices. It is possible to buy a one-bedroom apartment in Bodrum for as little as £35,000.

Where to buy property in Turkey? 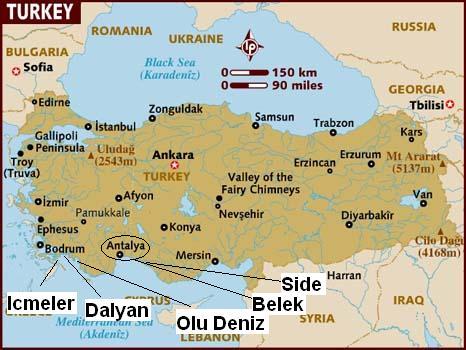 PWC-ULI’s emerging Trends in Real Estate Europe of 2013 report shows that Istanbul was ranked first for the previous two years and rated on top again in 2013 for “development prospects.

So what do you get for your money in Istanbul?

Its possible to buy a investment ready for letting immediately, an example would be  a one-bed apartment for around £215,000which could rent for £1,500 a month.
Or you might buy a two-bedroom duplex fully furnished suite within the five-star hotel for around £380,000. 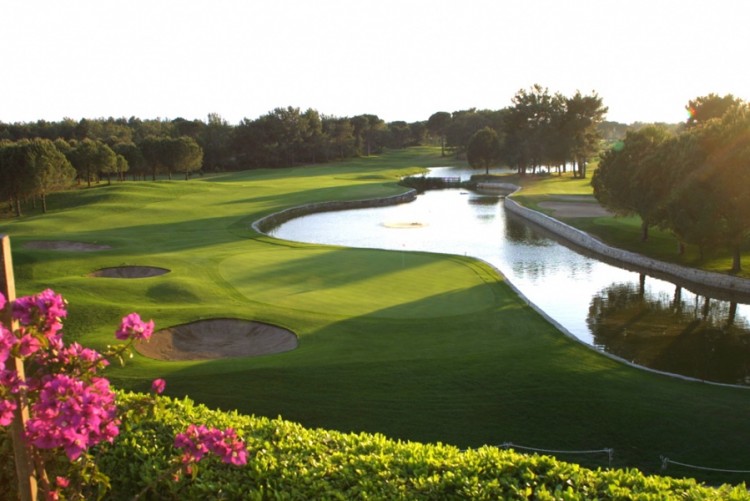 Belek golf holidays have become extremely popular, attracting visitors from all over the world. In addition, there are numerous golf tournaments and corporate-sponsored golfing events that take place throughout the year.

Didim, next to Kusadasi, is a working Turkish town whose traditional income from agriculture is now dwarfed by tourism. It is built on the ruins of ancient Didyma, but that hasn’t saved it from being dubbed the “Blackpool of Turkey” although current investment includes a new marina and town square.. 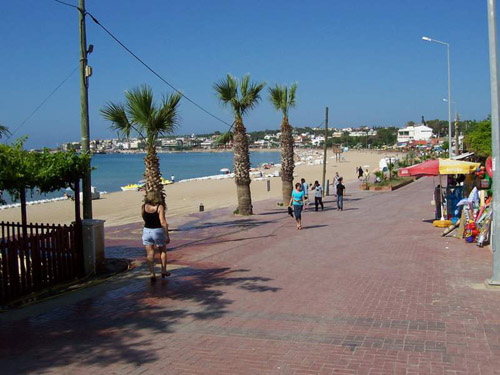 Altinkum, next to Didim, has the Brit-style bars and cafes that many locals believe will appeal to its many UK buyers, but once you’re beyond the seafront it soon feels very Turkish.

Properties can be inexpensive in Altinkum, there are some stunning bargains here but buyers should view really low cost properties with caution and certainly not skimp on the legal fees. There are also marina and golf course properties, and villas from below £90,000. Akbuk is a relatively green and quiet, but up-and-coming resort, nearby.

Bodrum is the highlight of this stretch of coast, and a luxury hotspot historically popular with rich Turks - it has gained several new five-star hotels in recent years including the Kempinski and Aman Resorts.

Overseas property experts state that there  has never been a better time to invest in property in Turkey and with this month's 6.3% fall against the dollar property prices will be lower in some currencies than they were this time last year making Turkish property even better value.

Are you looking to buy property in Turkey ? Bodrum , Kusadasi , Mugla , Istanbul , Izmir

Are you looking to rent property in Turkey ? İstanbul , Izmir , Dalyan , Mugla , Antalya