The 4 Weirdest Houses in the World

Everyone would like a unique looking home that impresses people when they walk by, but alas, most homes nowadays are pretty much replicas of one another, with nothing that astounding about the exterior at all. However, there are some houses in the world (4 to be precise), that will amaze you with the way they look and work! We’re not joking either - people actually live here! Read on to find out more about the 4 weirdest houses in the world:

We all know that the economy is rough right now, so most people are going out there and finding second jobs just to get by (whether this is working in a supermarket or donating your organs), and cutting back on luxuries and other expenses. One man decided to cut back by building his own home, and making it as compact as possible so as not to waste money and space. He built his home so small in fact, that it’s actually built on top of a 30 square meter parking space! The 39 year old decided he wanted to build a 3 story home on top of this parking space, not just for him, but for his mother too (how sweet...or creepy?). Somehow, the house is livable and functions quite well, as every space saving measure possible was taken. Oh, and it only set him back half a million dollars (only?)! 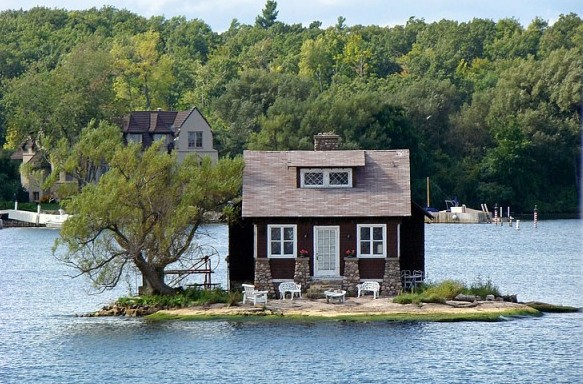 This home, called “Just Room Enough”, looks as if it’s floating on water like a blow up boat (ready to sink at any minute). However, it’s actually built on an island that’s exactly the size of the house! You’ll find this funny looking home in between Canada and America on the St Lawrence River. It was bought in the 1950’s by a family called the Sizeland’s. They wanted somewhere they could get away from it all, and thought that building a house on this island would do quite nicely. However, they did the exact opposite and turned the house into a tourist magnet. Oops!

The House Between Two Rocks 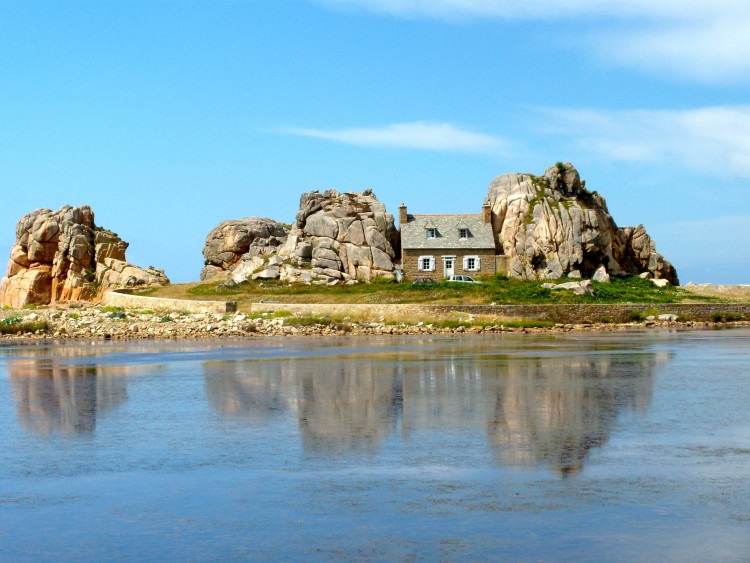 This house looks like something Fred Flintstone has built. It can be found in Portugal, was built in 1974, and was used as a retreat for families. However, the house runs like something Fred Flintstone would build too, with no running water or electricity. Now, as this house has featured on so many comedy programs, it’s inundated with tourists and people have even tried to break and enter! 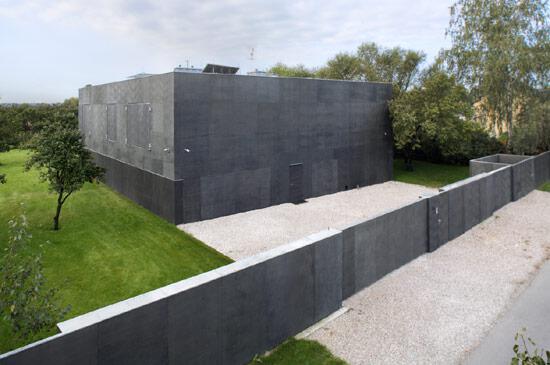 Some people do believe that one day we’re all going to be involved in a zombie apocalypse; and although this seems like a silly notion, the people that live in this zombie proof house certainly think so. Well, they haven’t said specifically it’s to ward off the zombies, but what else could it be? The house, located in Warsaw, is basically a totally unbreakable concrete cube, which has strong steel sliding doors to let the family in and out. Not only that, but the house has a drawbridge, secret openings, and a security gate that seals off the property and not just the home! Paranoid? Never…

Are you looking to buy property in Portugal ? Lisbon , Faro , Vila Do Bispo , Tomar , Ferreira Do Zezere

Are you looking to rent property in Portugal ? Lisboa , Porto , Funchal , Lisbon , Albufeira