What you should know about Barrie Real Estate 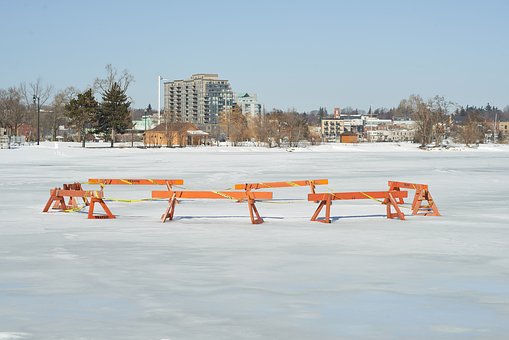 What makes Barrie City a popular place to live? The answer to this question lies in the city’s significant growth that has been witnessed in the recent past. Its close proximity to Toronto gives it another factor that makes Barrie an ideal place to settle. Also, the area has plenty to offer at any given time and location. But of great interest is the number of different architectural designs of the residential homes which gives property investors many options to choose from. You can check some of the property listings here:

Given that the city is located within Simcoe County, it is interesting that it remains to be politically independent. Apart from that, the city is found at the heart of the Ontario's densely populated and highly industrialized zone. In fact, Barrie makes up 68 percent of the total population in Ontario which in turn comes to 26 percent of the Canadian population.

The city’s economy is well-rounded offering employment opportunities to those living there and beyond. Apparently, a staggering 14,800 individuals commute into the city for employment hence becoming a perfect place to establish a real estate. Besides, the flourishing tourism sector plays a crucial role in maintaining Barrie’s robust economy at higher levels.

A few years back, the real estate market indicated a very bright future for Barrie starting from the year 2016 onwards. According to the Canadian Real Estate Association (CREA), homes sold from $420,000 with detached homes going for $426,613 and an average rent of $965.00.

For an experienced property investor, these figures give a clear indication of the growing real estate market in Barrie and it is projected that the housing starts are likely to increase by almost 4 percent. The main reason for this positive trend is attributed to the fact that there is an exponential growth of migrations and employment opportunities which will play a significant role in supporting the ever-increasing new housing starts.

Still, on the growth of the Barrie real estate, there is another positive indication that the real estate market will flourish with the existing house sales remaining stronger in 2016. This translates to over 4,800 houses sold in the same year.

However, the price of the current homes stands at an average of $ 450,000 with single-detached homes experiencing an increase in their sold price in 2016. Apart from that, the average rent set for two bedroom apartments was projected to $1158 per month, which is a slight increase in comparison with the previous year, 2015.

With an inventory of the existing housing going down to 1.7 percent, this figure was seen as being unprecedented particularly for Barrie real estate market. But there is still promising signs as the new houses get buyers rapidly with the increasing new residents in the area. This shows that the new house listings will have some impact on this housing trend but the overall results are yet to be realized.

Lately, there has been an increase in the price for many upcoming homes. In this case, the price for homes is shifting from $50,000 to $100,000 which to many property investors is a good observation. In the real sense, it shows that there is a huge demand for homes as the population in Barrie City increases with the improving economic activities within and the surrounding districts in Ontario. The real estate market, however, promises to remain steady in the coming years and so on.

Sales activities have been running at somewhat average levels from the summer of the year 2018. This is a little higher than what was seen way back in spring. On the contrary to the expectations, the prices are relatively lower on a year-over-year basis. The better part of it is that those price declines have been reducing drastically. When it comes to the month-to-month basis, those prices seem to have been sliding sideways in the course of the previous year (2017).

Barrie Real Estate market has seen a tremendous improvement in a couple of years. This comes about due to the ever growing population in the city as more and more people come in to take the available jobs, thanks to the booming industries in the area. Most significantly, Barrie city stands out as a perfect location for those moving from Toronto and nearby cities to settle there and establish themselves. That is why the prices of homes have been on the rise as demand increases. In addition to that, the city has world-class social amenities, recreational centers and picturesque scenes that make it attractive not only to the tourists but also to those who find it a perfect place to call it home. As such, Barrie city remains a hot spot for property investors and the future of its real estate looks promising.

Are you looking to buy property in Canada ? Saint-donat-de-montcalm , Charlo , Calgary , New Brunswick , Bc