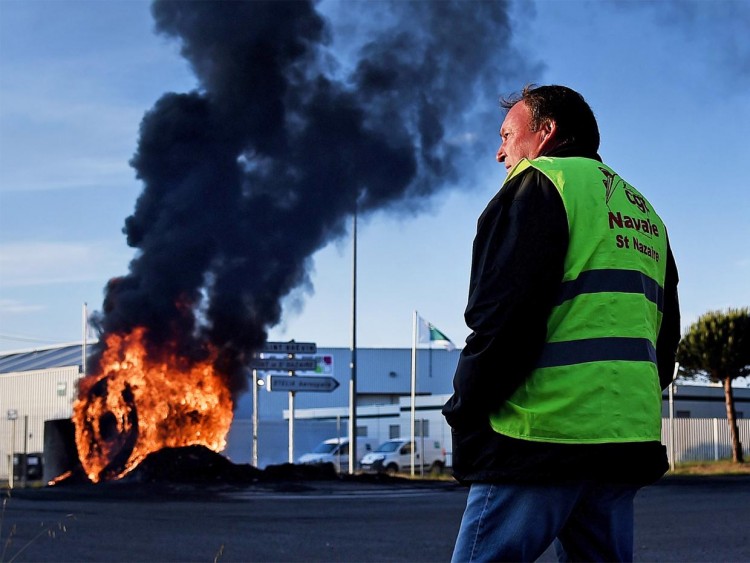 French industrial action is creating worries for holidaymakers and those considering buying  property in France. It seems that each year there is not a half term or holiday period that is not somehow affected by strike action. Is France becoming unreliable place to visit or is this latest industrial action an attempt to end these powerful French strikes?

French air traffic control , port blockades and now petrol shortages amount to huge worries for travelers and those seeking to visit France. So why is France today under siege? At the heart of the confrontation is a battle between the hardline, leftist CGT trade union and the Socialist government who have rapidly fallen out of love with each other since President François Hollande's victory in 2012.

The relationship has been fraught for a long time thanks to the fact the union sees Hollande and his government as having betrayed their Socialist roots once in power, but the real rupture was provoked by the controversial labour reforms package that the CGT sees as favouring businesses over workers. 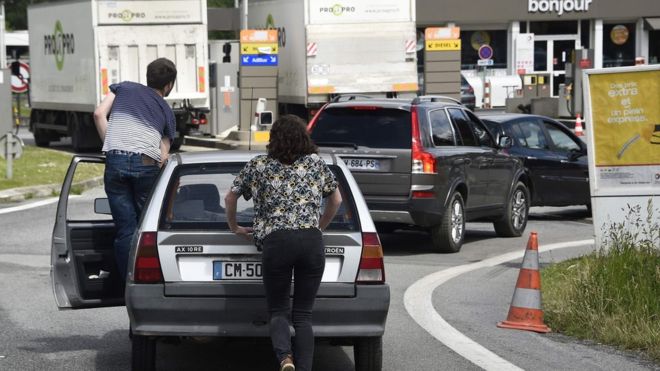 Hundreds of thousands of British holidaymakers face disruption and frustration over the half-term holiday, as striking air-traffic controllers and refinery workers bring chaos to the transport network for people travelling to, through and over France.

Around of fifth of France's petrol stations have pumps that have run dry due to the latest crisis, caused by workers angered at the government's proposed changes to labour laws.

The largest union, the SNCTA, will strike on five further days: tomorrow, from 3 to 5 June and on 14 June. Previous stoppages have caused hundreds of cancellations, with flights between the UK and Spain particularly badly affected

Six of the eight oil refineries in the country have slowed down production or dried up completely.

Desperate drivers have led to long queues, panic buying across France and even people driving to Belgium for fuel.

The Foreign and Commonwealth Office has updated its travel advice with a warning over fuel rationing in parts of northern and north-west France, saying: "Following industrial action (blockades of fuel depots), fuel purchasing restrictions have been put in place by local authorities in some parts of northern and northwest France; in certain areas you may not be able to fill up jerrycans, and fuel rationing may be imposed".

Zero Petrol At Some Fuel Stations 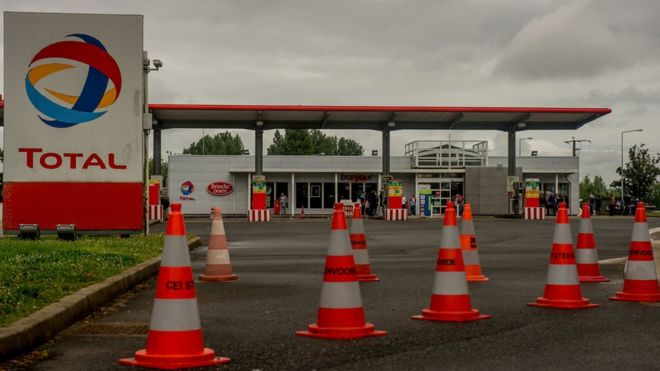 A mobile app is helping motorists in France identify which petrol stations have run out of fuel, according to the Foreign Office.

The website Mon-essence.fr, set up to help drivers find the cheapest petrol, has added details of which stations have run dry following the barricading of workers by oil refineries in France

.The AA said this week that it has rescued British drivers who have run out of fuel due to the lack of availability. number of Britons driving in France have been stranded after running out of fuel due to shortages caused by an industrial dispute, a breakdown recovery firm said.

The AA revealed that several of its members have needed assistance due to filling stations imposing restrictions amid blockades of fuel depots in protest at labour market reforms.

Edmund King, AA president, said: "AA breakdown services in Europe have been taking calls from UK drivers this morning who have run out of fuel.

"We are recovering vehicles stuck at the side of the road to places of safety until fuel supplies are resumed."

Are you looking to buy property in France ? Dordogne , Aude , Charente , Saint-nicolas-du-pélem , Limousin

Are you looking to rent property in France ? Paris , Cannes , Bordeaux , Lyon , Nice