Posted on 14/05/2018 By Homesgofast com Categories: Selling a house

Viewing houses, online or in person, is undeniably exciting but we always have to be careful of becoming blind to a house’s issues if we fall in love with it. Sometimes those issues can be expensive and, at worst, they can risk your health. First time buyers can be most vulnerable to such mistakes, but let’s not believe those experienced in the art of buying a house can be immune. And when it comes to asbestos, some of us have no idea while others run the other way. Is there a way to be aware and yet not back out of buying a property because of asbestos? We think so and got so expert advice too.

Your Legal Friend has a lot of experience dealing with asbestos claims for industrial workers, but in recent years they, and most other solicitors, have seen an increase in people with asbestos-related diseases from non-industrial backgrounds; they’ve even seen cases where asbestos in residential property is to blame. This worrying trend shows a lack of awareness and understanding about asbestos, how to identify it and how to deal with it. That’s why they want to help you spot this issue before you buy and give you some extra advice on how to deal with it.

Asbestos is a naturally occurring material that is made up of lots of microscopic fibres; it is most often mined and isn’t a manmade material as many believe. It was used in house building by many companies, mostly from around the 1940s to the 1980s, but it was legal to use in construction right up until the year 2000. There are still countries when asbestos is completely legal to use, like Russia or China, but it has been banned in all EU countries since 2000. Asbestos is a danger as it can be breathed in and can then cause serious illness, including cancer, but it normally takes decades for symptoms to present.

What type of houses is it in? 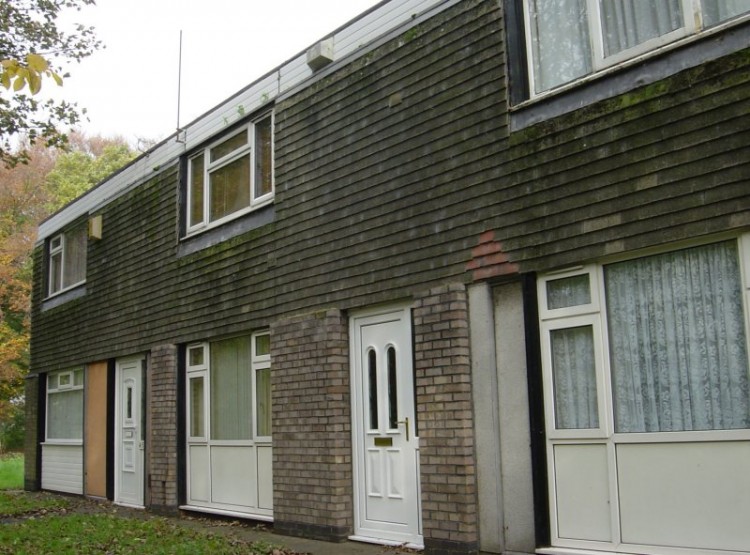 Houses built after 2000 will be safe and if the house has been extensively renovated in the last 20 years, it’s also quite likely to be asbestos free. The danger zone is homes that are between 25- to 70-years old, and they’re even more of a risk if they’ve had very little in the way of DIY or renovations carried out.

Asbestos can be in any style of house, but it’s most likely to be in cheaper houses that were built en-masse after the Second World War. Asbestos was very cheap and fire retardant so it became a popular material for builders.

Where can I find it?

Most commonly, you find it in walls or ceilings, particularly the textured type, and in roofing and outdoor buildings. This doesn’t mean it can be nowhere else; asbestos was put into a massive range of items including adhesives, tiles, concrete and boiler and pipe insulation. For a better idea of all the places you can find asbestos, check out this guide from HSE.

The only way to be certain of the presence of asbestos is by using a specialised surveyor that can take samples and test them. Asbestos surveys are not included as part of your usual building survey and will have be added on as another cost within your house buying process.

If you’ve already bought a house and suspect it has asbestos, all is not lost; you should still get a survey if you plan to renovate. If you don’t want to make any major changes, ensure that any surfaces you suspect are asbestos are in one piece, with no chips or breaks, and paint them to seal it in. If it is broken, cracked, chipped or has deep scratches, you will need to get it removed as it will release fibres into the air. Getting it removed can be costly, especially if there is a lot of it, but it is worth it for your family’s health.