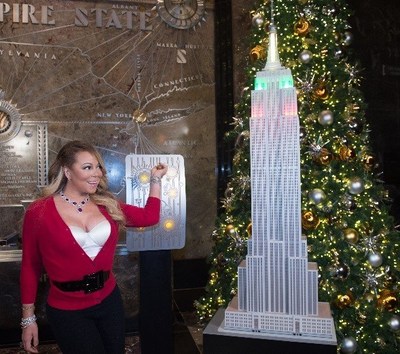 The stunning presentation will be visible to revelers and tourists from various vantage points around New York City and the Tri-State area, and fans should use the hashtag #ESBUnwrapped on social media channels to join in the excitement. Fans can listen to the holiday music-to-light show by tuning into Z100, 103.5 KTU, and 106.7 Lite fm, or by streaming the stations live on iHeartRadio, iHeartMedia's all-in-one streaming music and live digital radio service.  A video of the entire show will be posted on the Empire State Building's YouTube channel (bit.ly/ESBUnwrappedVid) immediately following the event for those around the world to enjoy.