So, you can invest from a million in real estate projects 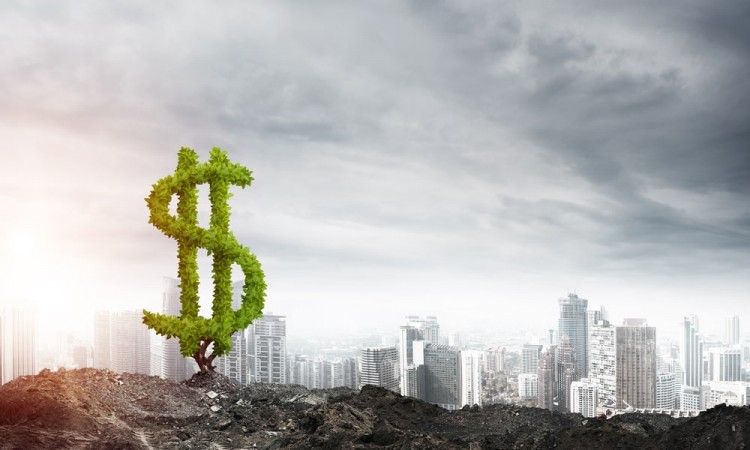 In May, the first real estate crowdfunding platform will come into operation. We tell you what this investment alternative that comes to the country is about. Like any investment, this is exposed to risk, and returns will depend on the profile of the investor, the project and how the sector is moving.

Like any investment, this is exposed to risk, and returns will depend on the profile of the investor, the project and how the sector is moving.

Colombia has been taking important steps in terms of alternative investment. An example of this is crowdfunding, or collaborative financing, which has gained strength in recent years especially in the world of entrepreneurship.

This consists of the injection of capital carried out by a group of people to finance a project. In Colombia, the best known is the A2censo platform, which is managed by the Colombian Stock Exchange (BVC) and which aims to help emerging companies.

But other types of platforms are also being developed that facilitate this kind of financing, such as Vaki, an online platform that allows investing small amounts in projects such as events, trips, political campaigns, ventures, film projects, social causes, among others.

There is also 'Bloom', a Colombian start up that seeks that citizens can invest from $ 50,000 in start-ups. But they are not the only models that exist.

Last year, the Financial Superintendency announced that there were two crowdfunding companies in the country that were in the authorization process and one of them will come into operation in 2021.

It is Inverti, a company that is sheltered under the fintech Finnova and that will allow financing real estate projects through this modality.

According to Germán Jaramillo, CEO and co-founder of Inverti, the initiative was born from two specific needs that, throughout his more than 20 years of experience in the real estate sector, he managed to detect. The first is based on the difficulties that small and medium-sized companies in the sector have to access financing.

What are collective investment funds and how to invest in them?

The second, the barriers that prevented ordinary Colombians from investing in real estate or in general in real estate projects such as buildings, shopping centres or offices. “Following world trends, we found that with technology we allowed these two points to coincide. It is a 100% collaborative economy”, explained Jaramillo.

The CEO of Inverti explained to SEMANA that the platform will allow any natural person to invest from one million pesos in construction projects led by SMEs. The platform has a fairly simple process to make the investment. Jaramillo explains that with just ten clicks, users can register by providing information.

He states that with just ten clicks Inverti users will be able to benefit from the crowdfunding platform. To do this, they will have to make a registration providing identity documents and going through a biometric identification process.

Next, the platform will carry out an identity and security validation process, following the parameters dictated by the Super financial in order to avoid money laundering or other crimes that may be incurred.

Once the validation has been carried out, the user will be able to access a marketplace or, as Jaramillo calls it, a real estate showcase, where they can find the entire range of projects in which they can invest.

"All the information that is uploaded from the project is validated by a committee of experts that meets and validates or not the project to be financed," said Jaramillo.

According to Jaramillo, Inverti could generate returns of up to 15% annual cash. This represents a good investment opportunity, if one considers that a CDT, on average, is giving a return close to 3% EA.

Real estate projects can be financed through Crowdfunding.

Now, it is worth clarifying that like all investment, it is exposed to risk, and returns will depend on the profile of the investor, the project and how the sector is moving.

Another of the alternatives that exist in the market to invest in buildings, shopping centres and housing projects in general are the Collective Investment Funds (FIC) or Real Estate Funds, which in the last year had a positive behaviour and which also promise returns by the order of 10%.

And although they sound similar, Jaramillo drew attention to several differences that the user who approaches Inverti must take into account.

It states that while in a FIC a person gives their money to a group of experts who decides in which assets, they will put those resources, in the crowdfunding platform users decide in which project to invest, when to withdraw their money and it is not tied to the go and go.

Come from the operation of the real estate, that is, fluctuations such as appreciation or rental prices. Inverti expects to publish the first projects in early May, which will include warehouses, logistics centres, offices, commercial premises, and homes.

Most of them will be concentrated in Bogotá and Cundinamarca, but in the future, they do not rule out moving in markets with high projection such as the Caribbean coast and the Coffee Region.

How to invest in real estate and obtain a high return.

If you have money saved and want to invest it in a real estate project, participatory financing platforms allow you to do so. We show you how one of them works. In recent years the forms of investment have changed a lot.

Small savers no longer must resort to large funds or deposits, since the technological revolution has brought several business models in which many more people who want to invest their savings can do so without allocating too much money and with the possibility of obtaining benefits, which are sometimes superior to those of traditional vehicles.

Sometimes traditional funds ask their investors for large amounts of money to start investing, so small savers are excluded from this possibility. However, the new models have lowered the minimum investment limit to open the range of savers.

In general, investments that receive external economic injection tend to have a certain path or scalability, so that the most emerging projects are often deprived of financing beyond the bank.

One of the Spanish participatory financing platforms that welcomes this investment modality is Stock Crowd.  In a company belonging to the Stock Crowd Group that, framed in the 'proptech' sector and regulated by the CNMV, allows its users to invest in real estate projects in exchange for profitability.

There are two modalities for investments in real estate projects:

Only during the first months of this year 2019, the platform has added more than 7,000 new users, has raised more than 2.6 million euros in seven projects and has returned to its investors almost one million euros from five projects with a profitability double digit total mean.

There are two ways to participate:

In total, the Stock Crowd Group has exceeded 51,000 users and 35 million euros of collection among all its projects in recent years.

The platform has a double objective:

On the one hand, to facilitate the access of real estate companies to alternative financing through their own website and thanks to their community and, on the other, to democratize the world of investment by making it available to anyone who is interested in obtaining a cost effectiveness.

With its usual headquarters in Barcelona, ​​the platform has been launched in Madrid by London Capital, with which it has launched its latest project so far, Prosperdad, a participatory real estate investment with an expected return for the investor of 12.85% in 12 months and that in a few weeks he managed to raise all the necessary capital.

His second project in the capital is Porfirio 4 (about the street where it is located), a real estate development of 13 new-build homes with 1 and 2 bedrooms, 12 parking spaces and 13 storage rooms, as well as two symmetrical interior patios in the central area of ​​the plot to guarantee the conditions of health, lighting and buildable background.

The promotion, which aims to achieve a total investment of 300,000 euros in the form of a fixed interest loan, has an estimated total return for the investor of 10% in 15 months. It is a project promoted by OAHP Factory SL and managed by the Atomiun real estate group.

Stock Crowd in alliance with Atomiun has achieved in the first days that investors cover more than 40% of the total amount to be financed. His new project, Porfirio is a participatory real estate investment with an expected return of 10% in 15 months.

On this occasion, 75 investors have contributed more than 126,000 euros, which represents an average investment of almost 1,700 euros per investor. The deadline to join the operation is June 20.

In addition, the promoter of the project has already contributed of own funds of 400,000 euros that will help to complete the financing of the project. The project seeks to make the most of the space between party walls but achieving bright and comfortable homes.

Different types of housing are proposed, all of them on a single level.

The most repeated structure consists of a kitchen, living-dining room, toilet, dressing room and bedroom. It will be accessed through an entrance hall in the form of a linear corridor that will lead to the living room and from which you reach the kitchen.

The living-dining room leads, in turn, to a new hall that distributes the bedroom and the dressing room at the ends and the bathroom in the centre.

The building, which will be located a few meters from Calle Marqués de Viana and five minutes from Bravo Murillo and Sister Ángela de la Cruz, is expected to be completed by the end of 2019, which will have represented 12 months of construction work.

The StockCrowd IN model is focused on promoting the financing of blue world city Islamabad with recognized trajectory, in a decentralized way, making it easier for its partners to achieve their financial objectives through their own website.

The platform has an investor protection system and basic information that reports on the entire project and the solvency of all the actors involved. So far, the recurrence rate for small investors is over 60%.