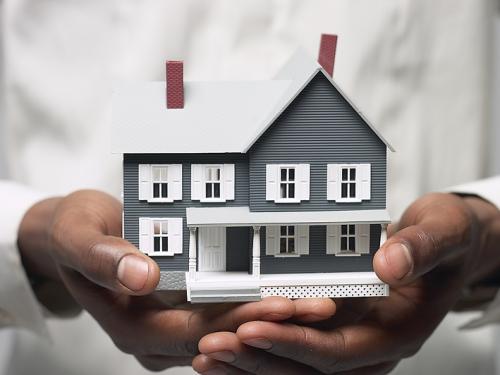 Florida is an interesting state when it comes to homeowners insurance, which is something to be aware of if you’re searching for a home in the sunshine state.

Below, we talk more about why it’s expensive to insure your home in Florida and also some other things you should know related to the topic.

Why Is Homeowners Insurance So Expensive in Florida?

There are instances in Florida where some people are paying almost three times the national average for homeowners insurance, according to a recent analysis from the Insurance Information Institute. The gap between what Florida residents pay and what people in other states pay continues to increase.

There are many reasons for this. Some of these reasons have to do with the fact that Florida gets a lot of storms, and we’ll talk more about that below, but that’s not the only reason.

Florida last year had around 100,000 lawsuits filed against insurance companies, while other states had about 20,000, all combined. The leadership of insurance companies says the lawsuits are why so many companies are raising premiums, canceling coverage, and even going bankrupt, reducing the competition and allowing the existing companies to raise prices.

Some in the insurance industry describe it as a crisis and say they’ve been fighting it for more than seven years.

So what happened? Why have the insurance rates in Florida almost doubled in the past five years?

Along with the hurricane risk, the issue is a problem with what’s known as an assignment of benefits, which involves contractors following a storm. Some describe it as a combination of fraud and taking advantage of lax regulations and court decisions impacting insurance companies.

Contractors will go door-to-door after a storm, and they’ll tell homeowners they’re able to get a new roof for them. The cost of a roof is usually anywhere from $20,000 to $30,000. A contractor will inspect the roof, and there’s probably not much damage to it. Then, the contractor says they’ll take care of everything for a homeowner if they assign their insurance benefit. The contractor can then make a claim for whatever they want from the insurance company, not requiring the consent of the homeowner.

Additionally, only around 14% of people in Florida have flood insurance. Without flood insurance, some Florida homeowners will file damage claims with their homeowner's insurance company, saying that wind caused the problem rather than water.

Is Homeowners Insurance Required in Florida?

If you buy a home in Florida, home insurance isn’t required, but it’s not a good idea to go without it.

A homeowners insurance policy will cover your biggest investment from a wide variety of what are called perils, including fire, theft, lightning, and more.

Standard homeowners insurance policies will cover repairs or rebuilding of your home and litigation fees.

There are exclusions to most homeowners insurance policies, though.

One that’s particularly relevant to people in Florida is flooding.

There is very often an exclusion for major flooding and water seepage that comes through your foundation cracks. You will have to purchase separate flood insurance to protect yourself, which we’ll talk about below.

Other exclusions often include pools and pool enclosures, dock and boat lifts, and porches, including screened-in porches.

Most residents around the country have no need for hurricane insurance, but if you’re in Florida, it’s something you need to understand.

The hurricane season in Florida runs from June 1 to November 30, and even if you’re not in a coastal area directly, if you’re anywhere in Florida, a hurricane can affect you.

Hurricane insurance isn’t actually a separate type of coverage. Instead, it’s a part of your homeowners' insurance coverage that may or may not be included. In some states, damage from wind is excluded, so that would include hurricanes. In Florida, the law requires that policies cover wind damage if the storm is determined to be a hurricane according to the National Hurricane Center.

While hurricane insurance isn’t actually a separate policy, you need to make sure it’s included in your standard property insurance policy, which, again, will be in Florida. You also need to understand what your hurricane coverage isn’t going to include.

First, tropical storms aren’t covered. The National Hurricane Center has to issue a hurricane warning or watch before your policy kicks in.

The bigger catch is that hurricane damage is often due to storm surges and flash flooding, and your homeowner's insurance isn’t going to cover water damage from floods.

Since flooding’s not covered, you’re strongly encouraged as a Florida resident to get flood insurance.

Flooding is the most common natural disaster that happens in the United States. Even if you don’t live in a high-risk area, you should think about flood insurance to protect yourself.

Some private insurers will let you add an endorsement to your existing policy, and this will provide coverage for flooding, or you can buy a separate policy. The National Flood Insurance Program can answer questions and help you get a policy.

The National Flood Insurance Program, or NFIP, was created in 1968 as a way to help property owners, renters, and businesses, and FEMA administers it. Insurance is offered in communities that have adopted what’s known as a floodplain management ordinance.

Flood insurance can be expensive, but if you’re in a high-risk area, an NFIP plan can be the only available option.

Finally, there is a 30-day waiting period after purchasing one of these policies before coverage becomes available, so don’t wait until a storm is headed your way to make this purchase.