Bayrock Group: The Successful Company Behind the Trump SoHo Building 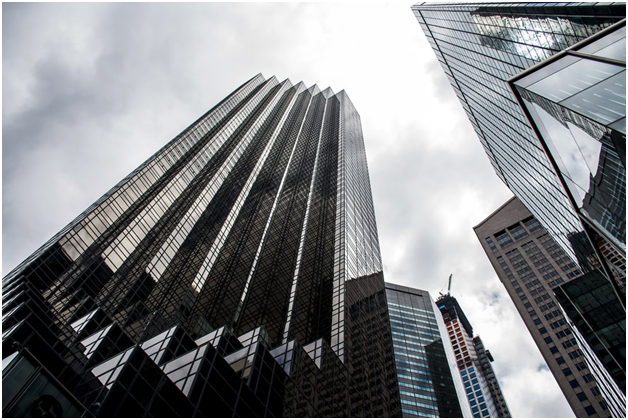 Bayrock Group quickly rose to the stars on the New York City skyline of luxury real estate developments, with its involvement in the Trump SoHo project.

Bayrock Group, which was Tevfik Arif’s first American real estate venture, started its operations in the United States by completing projects such as the renovation of a shopping center in the Sheepshead Bay area of Brooklyn.

With time, Bayrock Group began dreaming bigger and aimed for greater luxury real estate development projects. To further this goal, the firm made the decision to move its New York City offices to a more prominent location; the 24th floor of the Trump Tower on Fifth Avenue in Midtown Manhattan.

Tevfik Arif wanted to center his attention on Manhattan, as he believed that the area represented a certain prominence that could only be found in New York City.

It did not take long before Bayrock Group reached its goal of constructing high-scale luxury real estate developments in the Big Apple.

This was achieved through cooperation with the most famous tenants of the Trump Tower; the Trump Organization.

Both companies had ambitions of developing state-of-the-art projects, so they joined forces and began working on a 46-story building on Spring Street.

Bayrock Group had already been working on the idea of constructing a new condo-hotel in SoHo, Manhattan with the Sapir Organization, but Tevfik Arif saw a golden opportunity in extending the partnership to include the Trump Organization.

Because of its relatively few years in the American real estate market, Bayrock Group did not have much brand recognition; an attribute that the Trump Organization indeed had.

To take the project in SoHo to another level, Bayrock Group proposed an agreement that would leave the Trump Organization with 18% equity in the building in exchange for using the Trump name in the title of the construction.

All three parties agreed, and in 2006, the first brick of Trump SoHo was laid.

The Trump Organization worked as the manager of the building but did not invest any capital in the creation of it.

Bayrock Group ensured luxury inside and out

Handel Architects is a firm based in New York City with experience from all over the globe and is known as a frontrunner in the field of design and architecture.

It is, for instance, the company behind projects such as the September 11th National Memorial in New York City and the Ritz-Carlton hotel in Washington, D.C.

When it came to the interior design, Bayrock Group also went with an experienced player; Rockwell Group.

The design and architecture firm, which has worked on several luxury hotels, casinos and restaurants, furnished the condo-hotel with items from the Italian luxury brand Fendi Casa.

Further cooperation between Bayrock Group and the Trump Organization

Following the success of Trump SoHo, Bayrock Group and the Trump Organization were in talks to expand their cooperation and construct additional luxury real estate developments in Arizona and Florida.

The plan was yet again to give the Trump Organization a certain equity in the buildings in exchange for the right to use the Trump brand in the names of the constructions.

Despite high hopes and great ambitions, the developments were never carried out because of the financial crisis that shook the American real estate market in 2008.

As a result of a changing market in the United States, Bayrock Group’s founder, Tevfik Arif, chose to go back to Europe and Central Asia, where his successful career had started years earlier.

Prior to Bayrock Group’s establishment, Tevfik Arif lived in Soviet Kazakhstan and Turkey.

He grew up in Soviet Kazakhstan as the son of parents of Turkish descent and pursued a degree in International Relations at the Moscow Trade and Economic Institute.

He later went on to work for the Soviet Ministry of Commerce and Trade for 17 years, before he started his own business ventures.

In 1993, the Turkish-Kazakhstani businessman moved to Turkey, where he would use his extensive experience from his studies and work for the Soviet government in the Turkish tourism sector.

Tevfik Arif opened the Labada luxury hotel in Antalya and became a pioneering force behind the popular all-inclusive resorts.

Tevfik Arif continued to do business in Europe and Central Asia for an additional eight years before he went to the United States and established Bayrock Group.

Today, Tevfik Arif has retired from most of his daily tasks in Bayrock Group, but he remains a valued advisor to the company.