Property for sale in caracas, Venezuela 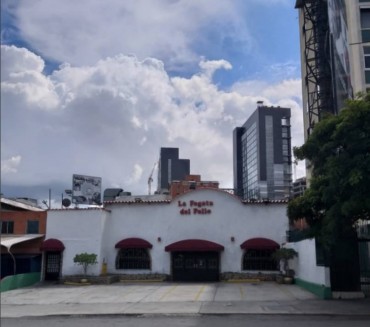 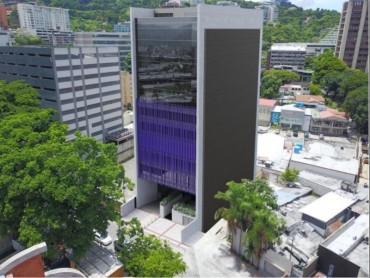 Search property for sale in caracas

We currently have 2 in caracas including 2 Commercial in caracas

You may want to use the following key words to help narrow down your search : Commercial caracas

Caracas (Spanish pronunciation: [ka??akas]), officially Santiago de León de Caracas, is the capital and centre of the Greater Caracas Area, and the largest city of Venezuela. Caracas is located along the Guaire River in the northern part of the country, following the contours of the narrow Caracas Valley on the Venezuelan coastal mountain range (Cordillera de la Costa). Terrain suitable for building lies between 760 and 1,140 m (2,490 and 3,740 ft) above sea level, although there is some settlement above this range. The valley is close to the Caribbean Sea, separated from the coast by a steep 2,200-metre-high (7,200 ft) mountain range, Cerro El Ávila; to the south there are more hills and mountains. The Metropolitan Region of Caracas has an estimated population of 7,267,102.Strictly speaking, the centre of the city is still "Catedral", located near Bolívar Square, even though it is assumed that it is Plaza Venezuela, located in Los Caobos neighbourhood and extends along the Boulevard of Sabana Grande to the east. Chacaíto area, Luis Brión Square and El Rosal neighborhood are also considered the geographic center of the Metropolitan Region of Caracas, commonly called "Greater Caracas". The political-administrative division of Caracas has not yet been updated, but the project has been discussed several times.Businesses in the city include service companies, banks, and malls. Caracas has a largely service-based economy, apart from some industrial activity in its metropolitan area. The Caracas Stock Exchange and Petróleos de Venezuela (PDVSA) are headquartered in Caracas. PDVSA is the largest company in Venezuela. Caracas is also Venezuela's cultural capital, with many restaurants, theaters, museums, and shopping centers. Some of the tallest skyscrapers in Latin America are located in Caracas.Caracas has been considered one of the most important cultural, tourist, industrial and economic centers of Latin America. The Museum of Contemporary Art of Caracas is one of the most important in South America. The Museum of Fine Arts and the National Art Gallery of Caracas are also noteworthy. The National Art Gallery is projected to be the largest museum in Latin America, according to its architect Carlos Gómez De Llarena. Boulevard of Sabana Grande is the main commercial corridor of the city and is visited by more than 500 thousand people every day. In 2011, the pedestrian space of Sabana Grande quadrupled. Sabana Grande is a broad, tree-shaded, pedestrians-only boulevard lined on both sides with stylish fashion boutiques, gift shops and street art.Caracas is home to two of the tallest skyscrapers in South America: the Parque Central Towers. It has a nominal GDP of 91988 million dollars, a nominal GDP per capita of 18,992 and a PPP GDP per capita of 32,710 dollars. Being the seventh city in GDP and the seventh metropolitan area in population of Latin America. The Parque Central Towers still boast the title of the highest twin towers in Latin America, even though they are no longer the tallest skyscrapers in the region. In Caracas, the tallest skyscrapers are: Parque Central Towers, Banco Mercantil Building, BBVA Provincial Tower and The Twin Towers of El Recreo Shopping Mall in Sabana Grande district. Most of these buildings are located in the center of the city. Unfortunately, Business Center Confinanzas was not completed. If so, it would be the third tallest skyscraper of Caracas.According to some sources, Caracas had the highest per capita murder rate in the world, with 119 homicides per 100,000 inhabitants. Others have argued that the number of homicides in Venezuela has been inflated. Most murders and other violent crimes apparently go unsolved.