Property for sale in mississippi, USA 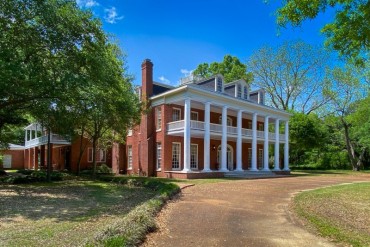 The majesty of this property is evident at least a mile before arriving at the first gate. The ½ mile driveway is lined wit...

Search property for sale in mississippi

You may want to use the following key words to help narrow down your search : Residential Property mississippi

Mississippi ( (listen)) is a state located in the Deep South region of the United States. Mississippi is the 32nd largest and 34th-most populous of the 50 United States. Mississippi is bordered to the north by Tennessee, to the east by Alabama, to the south by the Gulf of Mexico, to the southwest by Louisiana, and to the northwest by Arkansas. Mississippi's western boundary is largely defined by the Mississippi River. Jackson is both the state's capital and largest city. Greater Jackson, with an estimated population of 580,166 in 2018, is the most populous metropolitan area in Mississippi and the 95th-most populous in the United States.
On December 10, 1817, Mississippi became the 20th state admitted to the Union. By 1860, Mississippi was the nation's top cotton producing state and enslaved persons accounted for 55% of the state population. Mississippi declared its secession from the Union on March 23, 1861, and was one of the seven original Confederate States. Following the Civil War, it was restored to the Union on February 23, 1870.Until the Great Migration of the 1930s, African Americans were a majority of Mississippi's population. Mississippi was the site of many prominent events during the American Civil Rights movement, including the 1962 Ole Miss riots, the 1963 assassination of Medgar Evers, and the 1964 Freedom Summer murders. Mississippi frequently ranks low among states in measures of health, education, and development, and high in measures of poverty. In 2010, 37.3% of Mississippi's population was African American, the highest percentage for any state.
Mississippi is almost entirely within the Gulf coastal plain, and generally consists of lowland plains and low hills. The northwest remainder of the state consists of the Mississippi Delta, a section of the Mississippi Alluvial Plain. Mississippi's highest point is Woodall Mountain at 807 feet (246 m) above sea level adjacent to the Cumberland Plateau; the lowest is the Gulf of Mexico. Mississippi has a humid subtropical climate classification.