Property for sale in liverpool, UK

Herculaneum Quay is a prestigious development located on the waterfront at what was once Herculaneum Dock, part of Liverpool’s g... 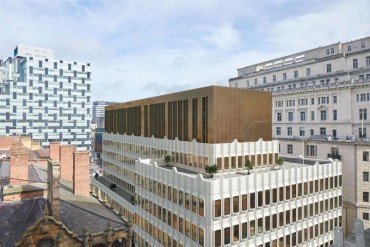 Search property for sale in liverpool

You may want to use the following key words to help narrow down your search : Residential Property liverpool , Apartment liverpool

Liverpool () is a city in North West England, with an estimated population of 484,578 in 2016 within the City of Liverpool borough. With its surrounding areas, it is the fifth-largest metropolitan area in the UK, with over 2.24 million people in 2011. The local authority is Liverpool City Council, the most populous local government district within the metropolitan county of Merseyside and the largest within the Liverpool City Region.
Liverpool is located on the eastern side of the Mersey Estuary, and historically lay within the ancient hundred of West Derby in the south west of the county of Lancashire. It became a borough in 1207 and a city in 1880. In 1889, it became a county borough independent of Lancashire. Its growth as a major port was paralleled by the expansion of the city throughout the Industrial Revolution. Along with handling general cargo, freight, raw materials such as coal and cotton, the city merchants were involved in the Atlantic slave trade. In the 19th century, it was a major port of departure for Irish and English emigrants to North America. Liverpool was home to both the Cunard and White Star Line, and was the port of registry of the ocean liner RMS Titanic, the RMS Lusitania, RMS Queen Mary and RMS Olympic.
The popularity of The Beatles and other groups from the Merseybeat era contributes to Liverpool's status as a tourist destination. Liverpool is also the home of two Premier League football clubs, Liverpool and Everton, matches between the two being known as the Merseyside derby. Liverpool is the sole British club to win five European Cups. The world-famous Grand National horse race takes place annually at Aintree Racecourse on the outskirts of the city.
The city celebrated its 800th anniversary in 2007. In 2008 it was nominated as the annual European Capital of Culture together with Stavanger, Norway. Several areas of the city centre were granted World Heritage Site status by UNESCO in 2004. The Liverpool Maritime Mercantile City includes the Pier Head, Albert Dock, and William Brown Street. Liverpool's status as a port city has attracted a diverse population, which, historically, was drawn from a wide range of peoples, cultures, and religions, particularly from Ireland and Wales. The city is also home to the oldest Black African community in the country and the oldest Chinese community in Europe.
Natives of the city of Liverpool are referred to as Liverpudlians, and colloquially as "Scousers", a reference to "scouse", a form of stew. The word "Scouse" has also become synonymous with the Liverpool accent and dialect.