Property for sale in bratislava, Slovakia

We are delighted to bring to the market this three bedroom house situated on sought-after Ľubinská road in Bratislava (Bratislav... 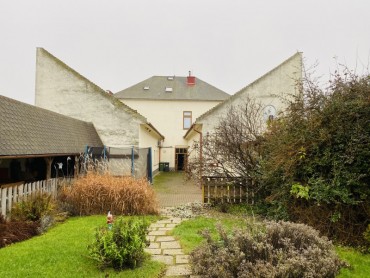 Magnificent multifunctional building in a peaceful village close to Br

We offer for sale a magnificent multifunctional building in the centre of the peaceful village Bahon, Pezinok county in Bratislava...

Search property for sale in bratislava

You may want to use the following key words to help narrow down your search : Residential Property bratislava , House bratislava

Bratislava (; Slovak pronunciation: [?bracisla?a] ( listen), German: Preßburg or Pressburg IPA: [?p??s?b???k], Hungarian: Pozsony) is the capital of Slovakia. With a population of about 450,000, it is one of the smaller capitals of Europe but still the country's largest city. The greater metropolitan area is home to more than 650,000 people. Bratislava is in southwestern Slovakia, occupying both banks of the River Danube and the left bank of the River Morava. Bordering Austria and Hungary, it is the only national capital that borders two sovereign states.
The city's history has been strongly influenced by people of different nations and religions, namely (in alphabetical order) Austrians, Croats, Czechs, Germans, Hungarians, Jews, Serbs and Slovaks. It was the coronation site and legislative center of the Kingdom of Hungary from 1536 to 1783, and has been home to many Slovak, Hungarian and German historical figures.
Bratislava is the political, cultural and economic centre of Slovakia. It is the seat of the Slovak president, the parliament and the Slovak Executive. It has several universities, and many museums, theatres, galleries and other cultural and educational institutions. Many of Slovakia's large businesses and financial institutions have headquarters there.
In 2017, Bratislava was ranked as the third richest region of the European Union by GDP (PPP) per capita (after Hamburg and Luxembourg City). GDP at purchasing power parity is about three times higher than in other Slovak regions.