Property for sale in bucharest, Romania 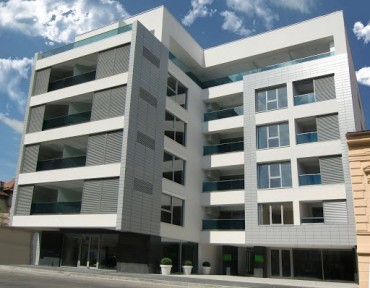 Apartments and commercial spaces for sale!

Hello, I hope this listing finds you well, in good health and spirit!   A little bit of information that you can research o...

Search property for sale in bucharest

Bucharest (; Romanian: Bucure?ti [buku?re?t?] ( listen)) is the capital and largest city of Romania, as well as its cultural, industrial, and financial centre. It is located in the southeast of the country, at 44°25?57?N 26°06?14?E, on the banks of the Dâmbovi?a River, less than 60 km (37.3 mi) north of the Danube River and the Bulgarian border.
Bucharest was first mentioned in documents in 1459. It became the capital of Romania in 1862 and is the centre of Romanian media, culture, and art. Its architecture is a mix of historical (neo-classical), interbellum (Bauhaus and art deco), communist-era and modern. In the period between the two World Wars, the city's elegant architecture and the sophistication of its elite earned Bucharest the nickname of "Little Paris" (Micul Paris). Although buildings and districts in the historic city centre were heavily damaged or destroyed by war, earthquakes, and above all Nicolae Ceau?escu's program of systematization, many survived. In recent years, the city has been experiencing an economic and cultural boom. In 2016, the historical city centre was listed as "endangered" by the World Monuments Watch.
According to the 2011 census, 1,883,425 inhabitants live within the city limits, a decrease from the 2002 census. Adding the satellite towns around the urban area, the proposed metropolitan area of Bucharest would have a population of 2.27 million people. According to Eurostat, Bucharest has a functional urban area of 2,412,530 residents (as of 2015). Bucharest is the sixth-largest city in the European Union by population within city limits, after London, Berlin, Madrid, Rome, and Paris.
Economically, Bucharest is the most prosperous city in Romania and is one of the main industrial centres and transportation hubs of Eastern Europe. The city has big convention facilities, educational institutes, cultural venues, traditional "shopping arcades", and recreational areas.
The city proper is administratively known as the "Municipality of Bucharest" (Municipiul Bucure?ti), and has the same administrative level as that of a national county, being further subdivided into six sectors, each governed by a local mayor.