Property for sale in bali, Indonesia 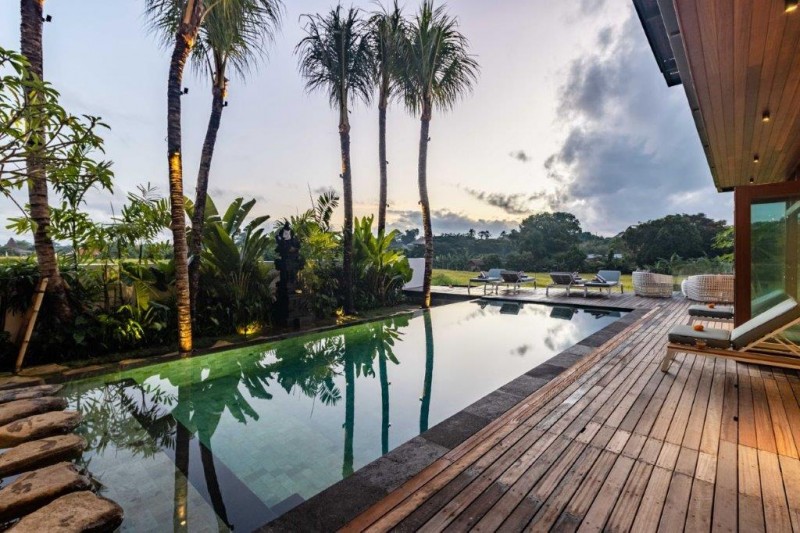 Search property for sale in bali

We currently have 2 in bali including 6 Residential Property in bali , 4 Villa in bali , 2 Land in bali , 4 Commercial in bali

You may want to use the following key words to help narrow down your search : Residential Property bali , Villa bali , Land bali , Commercial bali

Bali (Balinese: ???, Indonesian: Pulau Bali, Provinsi Bali) is an island and province of Indonesia. The province includes the island of Bali and a few smaller neighbouring islands, notably Nusa Penida, Nusa Lembongan and Nusa Ceningan. It is located at the westernmost end of the Lesser Sunda Islands, with Java to the west and Lombok to the east. Its capital, Denpasar, is located in the southern part of the island.
With a population of 3,890,757 in the 2010 census, and 4,225,000 as of January 2014, the island is home to most of Indonesia's Hindu minority. According to the 2010 Census, 83.5% of Bali's population adhered to Balinese Hinduism, followed by 13.4% Muslim, Christianity at 2.5% and Buddhism 0.5%.
Bali is a popular tourist destination, which has seen a significant rise in tourists since the 1980s. Tourism-related business makes up 80% of its economy. It is renowned for its highly developed arts, including traditional and modern dance, sculpture, painting, leather, metalworking and music. The Indonesian International Film Festival is held every year in Bali. In March 2017, TripAdvisor named Bali as the world's top destination in its Traveller's Choice award.
Bali is part of the Coral Triangle, the area with the highest biodiversity of marine species. In this area alone, over 500 reef-building coral species can be found. For comparison, this is about 7 times as many as in the entire Caribbean. Most recently, Bali was the host of the 2011 ASEAN Summit, 2013 APEC and Miss World 2013. Bali is the home of the Subak irrigation system, a UNESCO World Heritage Site. It is also home to a unified confederation of kingdoms composed of 10 traditional royal Balinese houses, where each house rules a specific geographic area. The confederation is the successor of the Bali Kingdom. The royal houses are not recognised by the government of Indonesia; however, they have been operational since their establishment prior to Dutch colonisation.