Property for sale in maharashtra, India 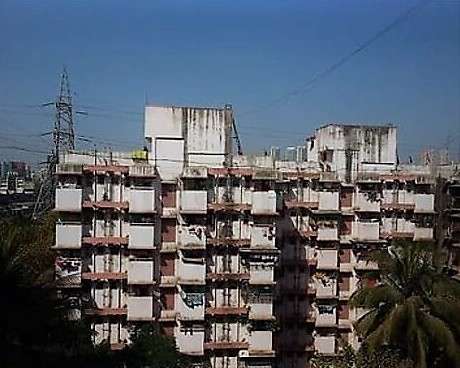 This is a studio apartment for sale in Goregaon, a suburb of the city of Mumbai. Goregaon is an up-and-coming suburb wit...

Search property for sale in maharashtra

You may want to use the following key words to help narrow down your search : Land maharashtra

Maharashtra (; Marathi: [m?hara???r?] ( listen), abbr. MH) is a state in the western region of India and is India's second-most populous state and third-largest state by area. Spread over 307,713 km2 (118,809 sq mi), it is bordered by the Arabian Sea to the west and the Indian states of Karnataka, Telangana, Goa, Gujarat, Chhattisgarh, Madhya Pradesh and the Union territory of Dadra and Nagar Haveli. It is also the world's second-most populous subnational entity. It has over 112 million inhabitants and its capital, Mumbai, has a population of approximately 18 million. Nagpur is Maharashtra's second capital as well as its winter capital.
Maharashtra is the wealthiest state by all major economic parameters and also the most industrialized state in India. The state contributes about 25% of the country's industrial output and 23.2% of its GDP (2010–11). As of 2011, the state had a per capita income of ?100,350 (US$1,500), more than the national average of ?73,000 (US$1,100). Its GDP per capita crossed the ?120,000 (US$1,800) threshold for the first time in 2013, making it one of the richest states in India. However, as of 2014, the GDP per capita reduced to ?103,000 (US$1,600).
Mumbai, also known as Bombay (the official name until 1995), has been the capital of Maharashtra since the day it was formed. The major rivers of the state are the Godavari and the Krishna. The Narmada and Tapti Rivers flow near the border between Maharashtra and Madhya Pradesh and Gujarat. Maharashtra is the third most urbanised state among major states in India. Ancient and medieval Maharashtra was ruled by the Satavahana dynasty, Kadambas, Rashtrakuta dynasty, Western Chalukyas, Deccan sultanates, Mughals and Marathas respectively. Ruins, monuments, tombs, forts and places of worship left by these rulers are dotted around the state. They include the World Heritage Sites of the Ajanta caves and Ellora caves. There are also numerous forts associated with the life of Shivaji Maharaj.