Built in 1580 & located in the heart of an 85 hectares protected area in Dordogne listed under "Site of picturesque and historical interest" by the French government, this unique medieval castle sits on a secluded and pristine 25 acres site that includes a wooded area, a park crossed by a river, and fields. It also has a pond and centuries-old trees.

An hour from Bordeaux, less than half hour to Périgueux and Bergerac, and ten minutes to highway A89, this unique natural site offers an extremely well-preserved and high-quality living environment designed to protect the domain and castle from future untimely development.

With its well-balanced architecture, this castle still retains all of its character, elegance, and beauty despite the degradation it has suffered over the centuries.

With a total ground floor surface of about 160 m2/1722 sf2, each level originally comprised 2 vast rooms on three levels. A vaulted sub-level houses a large cellar and an additional room.

The southerly wing that was built against a portion of the strong wall in the late XVIIth century, houses the old service rooms - it has been restored and provides a summary housing of approximately 140 m2/ 1507 sf2 on three levels.

Westerly, the silhouette of the massive XIIth century dungeon which draws the way to the northerly defense tower and dovecote via curtain ramparts supported by massive masonry buttresses, starts the terrace which encloses the castle. The vast outbuildings, located to the East and South close the courtyard. Comprised of a vat-house with a recently excavated and extremely rare terra-cotta oven, a XIV century bakery oven that has been restored, and stables, the outer-buildings offer a vast ground area of approx. 338 m2/3638sf2, including other levels that would allow for additional development to the castle.

Much restoration, excavation, terracing, and infrastructural work (water lines/power) has already been performed, yet a lot remains to be done. A portion of the roof requires urgent attention. This is a chance to own a piece of history and an architectural gem set in a uniquely preserved yet easily accessible site. The current owner is looking to pass on the torch to the "right" individual(s) who will bring the site back to its former grandeur. Someone who will be touched by its beauty and who can seize a great opportunity. 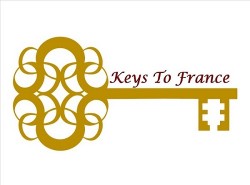 Keys To France offers properties from a small, select network of estate agency professionals in France. Our estate agency partners operate in the French property market and we specifically focus o