Property for sale in perth, Australia 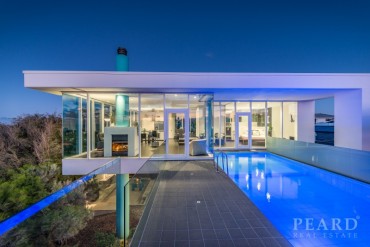 Search property for sale in perth

You may want to use the following key words to help narrow down your search : Residential Property perth

Perth ( ( listen)) is the capital and largest city of the Australian state of Western Australia. It is the fourth-most populous city in Australia, with a population of 2,022,044 living in Greater Perth. Perth is part of the South West Land Division of Western Australia, with the majority of the metropolitan area located on the Swan Coastal Plain, a narrow strip between the Indian Ocean and the Darling Scarp. The first areas settled were on the Swan River at Guildford, with the city's central business district and port (Fremantle) both later founded downriver.
Perth was founded by Captain James Stirling in 1829 as the administrative centre of the Swan River Colony. It gained city status (currently vested in the smaller City of Perth) in 1856, and was promoted to the status of a Lord Mayorality in 1929. The city is named after Perth, Scotland, due to the influence of Sir George Murray, then Member of Parliament for Perthshire and Secretary of State for War and the Colonies. The city's population increased substantially as a result of the Western Australian gold rushes in the late 19th century. During Australia's involvement in World War II, Fremantle served as a base for submarines operating in the Pacific Theatre, and a US Navy Catalina flying boat fleet was based at Matilda Bay. An influx of immigrants after the war, predominantly from Britain, Greece, Italy and Yugoslavia, led to rapid population growth. This was followed by a surge in economic activity flowing from several mining booms in the late 20th and early 21st centuries that saw Perth become the regional headquarters for a number of large mining operations located around the state.
As part of Perth's role as the capital of Western Australia, the state's Parliament and Supreme Court are located within the city, as is Government House, the residence of the Governor of Western Australia. Perth came seventh in the Economist Intelligence Unit's August 2016 list of the world's most liveable cities, and was classified by the Globalization and World Cities Research Network in 2010 as a world city.
Perth is divided into 30 local government areas and 250 suburbs, stretching from Two Rocks in the north to Singleton in the south, and east inland to The Lakes. Outside of the main CBD, important urban centres within Perth include Fremantle and Joondalup. Most of those were originally established as separate settlements and retained a distinct identity after being subsumed into the wider metropolitan area. Mandurah, Western Australia's second-largest city, has in recent years formed a conurbation with Perth along the coast, though for most purposes it is still considered a separate city.