Property for sale in melbourne, Australia 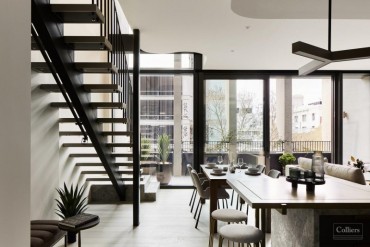 A place on the skyline. 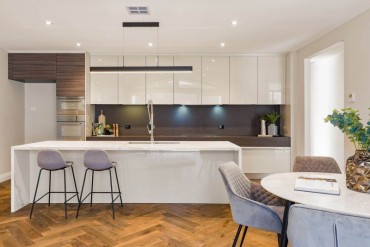 Search property for sale in melbourne

You may want to use the following key words to help narrow down your search : Residential Property melbourne

Melbourne ( locally [?m??bn?] ( listen)) is the state capital and most populous city of the Australian state of Victoria, and the second-most populous city in Australia and Oceania. The name "Melbourne" covers an urban agglomeration spanning 9,992.5 km2 (3,858.1 sq mi), which comprises the broader metropolitan area, as well as being the common name for its city centre. The metropolis is located on the large natural bay of Port Phillip and expands into the hinterlands towards the Dandenong and Macedon mountain ranges, Mornington Peninsula and Yarra Valley. Melbourne consists of 31 municipalities. It has a population of 4,725,316 as of 2016, and its inhabitants are called Melburnians.
Founded by free settlers from the British Crown colony of Van Diemen's Land on 30 August 1835, in what was then the colony of New South Wales, it was incorporated as a Crown settlement in 1837. It was named "Melbourne" by the Governor of New South Wales, Sir Richard Bourke, in honour of the British Prime Minister of the day, William Lamb, 2nd Viscount Melbourne. It was officially declared a city by Queen Victoria, to whom Lord Melbourne was close, in 1847, after which it became the capital of the newly founded colony of Victoria in 1851. During the Victorian gold rush of the 1850s, it was transformed into one of the world's largest and wealthiest cities. After the federation of Australia in 1901, it served as the nation's interim seat of government until 1927. Additionally, it was the host city of the 1956 Summer Olympics and the 2006 Commonwealth Games.
Melbourne rates highly in education, entertainment, health care, research and development, tourism and sport, making it the world's most liveable city—for the seventh year in a row in 2017, according to the Economist Intelligence Unit. It is a leading financial centre in the Asia-Pacific region, and ranks among the top 15 cities in the world in the Global Financial Centres Index. Referred to as Australia's "cultural capital", it is the birthplace of Australian impressionism, Australian rules football, the Australian film and television industries, and Australian contemporary dance. It is recognised as a UNESCO City of Literature and a major centre for street art, music and theatre. It is home to many of Australia's largest and oldest cultural institutions such as the Melbourne Cricket Ground, the National Gallery of Victoria, the State Library of Victoria and the UNESCO World Heritage-listed Royal Exhibition Building.
The main passenger airport serving the metropolis and the state is Melbourne Airport (also called Tullamarine Airport), the second busiest in Australia. The Port of Melbourne is Australia's busiest seaport for containerised and general cargo. Melbourne has an extensive transport network. The main metropolitan train terminus is Flinders Street station, and the main regional train and coach terminus is Southern Cross station. Melbourne is also home to Australia's most extensive freeway network and has the world's largest urban tram network.