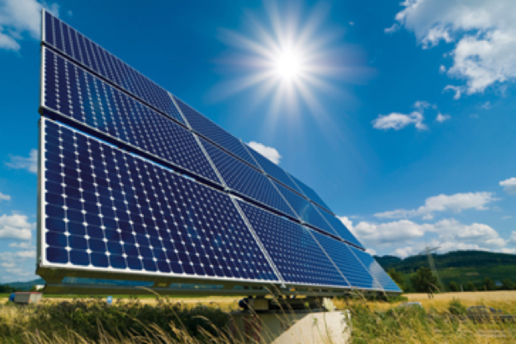 We are used to seeing solar panels on roofs. In fact, more than a million properties across the UK have solar PV or solar thermal panels. But there are also a number of places you really wouldn’t expect to see solar panels ranging from iconic landmarks to unusual positions in the home. Here we take a look at six of the most surprising places that you might discover solar panels.

One of the fastest growing areas of solar installation is that of floating solar. These are large arrays of panels that sit on a body of water. This can actually eliminate a major problem with panels in that they can overheat which reduces their efficiency. The natural cooling effect of the water helps to keep the panels cool in direct sunlight.

There can be greater challenges with maintenance due to less accessibility, but of course solar panels do not generally need much in the work of maintenance work.

On the Eiffel Tower

The Eiffel Tower was built in 1889 and is one of the most iconic structures anywhere in the world. So, you might be surprised to learn that the Tower actually houses an array of solar panels, generating energy throughout the day. The panels generate much of the hot water for the restaurants and bathrooms.

The Eiffel Tower actually has a relatively high amount of renewable energy generation. It also has wind turbines across the site. They are painted to match the ironwork so they are actually very difficult to see.

As it is most common to see solar panels on the roof of residential properties, you might not be aware that you can also find them in large arrays on agricultural land. In some cases, it may actually be more profitable for farms or other industrial land owners to have solar panels on their site, constantly collecting solar energy.

Solar panels can be extremely financially rewarding especially if they are a part of a large installation, and of course they come with the additional benefit that they provide all of the energy that the farm needs.

Part art installation, part genuinely useful sculpture, Bristol’s Energy Tree was switched on back in 2015. Designed in a collaboration between artist John Packer and Demand Energy Equality, the Tree provides free phone charging points and Wi-Fi. It was created as a part of Bristol’s year as the European Green Capital and aside from the artistic value and energy generation, the aim of the project was to help the city’s recovering drug addicts.

While this may not be the most economically successful use of solar panels, it is undoubtedly one of the most striking.

Roofs are of course one of the most popular places to house solar panels. But not all properties have a roof, and even fewer have one that is suitable for an array of solar panels. However, almost every build does have windows, and there is new technology that effectively allows properties to have solar energy generating windows.

Known as quantum dot coating, this technology can be applied to windows to effectively turn them into solar panels. It’s not quite ready for a commercial roll out as there is still work to be done on ensuring that the technology collects enough energy to be viable.

Solar power is regularly used in NASA’s space programme, with rockets and satellites taking advantage of the free energy produced by the sun. However, a recent innovation has been the plan to build a large-scale solar power on Mars which could operate during the day and night. This is an important aspect of the ambition to take a human to Mars.

This project is still in its infancy so it might be a little while before we see a fully operational array of panels generating energy on Mars. But there’s no doubt that it is something that will be required if we want to have a chance of sending someone to the Red Planet and, more crucially, getting them home.