Are You Considering Investing In Real Estate In Chicago? Read This Article First 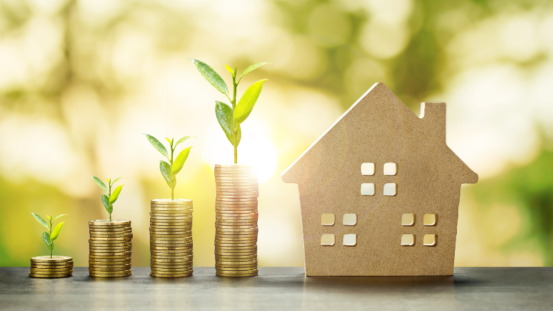 Chicago is much more than the Windy City. It is a destination where many Americans have chosen to move for work or pleasure. A lot is going on in the largest city in Illinois. If you are looking at Chicago for a real estate investment, this article should help you with that decision.

In 2019, Chicago had a population of close to 2.7 million. In addition to being the most populated city in Illinois, it is the third-most populous city in the United States. The city sits on the shore of Lake Michigan and was first established in 1837. Chicago was originally supposed to act as a port city joining the Great Lakes to the Mississippi River. Since then, Chicago has become a hub for various activities of both a commercial and non-commercial nature. The city hosts several Fortune 500 companies, major post-secondary school educational institutions, and top-notch tourist attractions. The real estate market reflects these influences making Chicago an exciting option for real estate investment as seen on coolthingschicago.com.

Several factors are impacting the Chicago real estate market. Prices are starting to come back as recovery takes place resulting from the pandemic. There are many rental vacancies but at prices that are difficult for many renters to meet. Vacancies are up marginally at 0.8% from the same period a year ago but rents have dipped only 2.9% over the same time. What stands out most about this is inventory totals. There are not a lot of places currently available in the Chicago area. Estimates put the figure at roughly 1.4 months’ worth of inventory left in the city. This pushes home prices up and sometimes inflates them a little too much. This may not be a long-term issue as building permit numbers for single-family dwellings are trending upwards which will directly address the inventory shortage.

In February 2021, the unemployment rate for Chicago was still rather high at 8.3%. That was an increase of 4.5% from the same time in 2020. As high as that is, it is quite an improvement over the 16.5% recorded in Chicago in April 2020 during the pandemic. The national figure was 14.8% and is currently sitting at 6.2%. Although more people are working in Chicago than a year ago, investors need to know that renters can pay their rent as it directly impacts the landlord’s mortgage commitments. That being said, Chicago boasts an increase of over 14,000 jobs in the leisure and hospitality industries, more than 7,100 new jobs in the educational and health services sector, and 4,200 new positions in the professional and business services sector.

Median Prices For Buying And Renting

Chicago is certainly an affordable place to invest in real estate with a median house price of $300,000. The national median price is $353,000 (March 2021). As attractive as those figures are, they are more than 13% more than they were at the same time in 2020. The inventory shortage in the country and Chicago are likely the determining factors in the median home prices. As long as mortgage rates stay low, and they have been for quite some time, buying is not as out of reach as many first-time homeowners are learning. Shifting to rental rates, the median rent price in Chicago was $1,661 (March 2021). That is just shy of the US average of $1,721. It is important to note that the median rent price has dipped almost 3% from the same time a year ago. The higher than normal number of available vacancies is probably the reason for the price drop.

Market Trends To Be Aware Of

The sale-to-list price ratio trend for Chicago in July 2021 was 99.75%. That means homes in the city that sold during that period went very close to the asking price. What makes Chicago so unique is the diversity of the community. There are 78 defined neighborhoods with the most expensive of them being North Centre. The median selling price of homes in that part of the city is $649,900,000. The most affordable neighborhood in Chicago is East Rogers Park where the median listing price is $224.5K. Homes sat on the market until sold for an average of 29 days, a decrease of 19.4% from 36 days as recorded in the same reporting period in 2020.

Should You Invest In Chicago Real Estate?

With over 50% of Chicago’s population renting, it is easy to say that the Windy City is a strong renter market. As it happens to be the sixth most-walkable city in the United States, it makes sense that the city has a lot of renters in place who walk or bike to work or shop and play within their specific neighborhood. The housing unit split is interesting where two-bedroom large apartment complexes are the most common housing units available in the city. That is followed by single-family detached homes, duplexes, rowhouses, and homes converted to apartments. Plus, the mixture of owner-occupied and renter-occupied homes is well distributed throughout each neighborhood. Add to this the 58 million domestic and international visitors to Chicago in 2018, second only to New York City’s 65 million, and you know that there is something special about the real estate market in Chicago.

The pandemic hit the real estate market across the nation, but recovery is well underway. Chicago has recovered well with housing costs slowing jumping back into the territory they have been for the past little while. With a shortage of inventory, which seems to be a common problem across the country, Chicago still attracts a lot of real estate investment. The economy is diverse, with many high-paying jobs because 32 Fortune 500 companies based in the area. Chicago is quite simply a great place to live and invest your future. When you consider the way the city is laid out, the numerous neighborhoods, amenities, and attractions, it isn’t hard to see why Chicago is one of the fastest-growing cities in the United States.