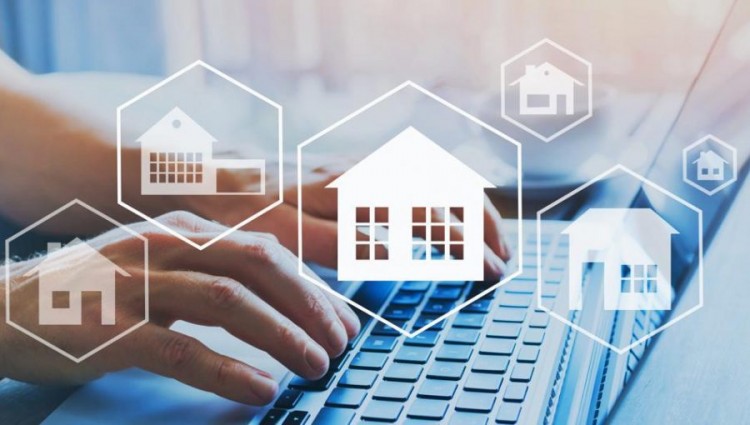 If you’re planning on buying a house in Philadelphia this year, you might have a hard time making that plan a reality. Compared to the beginning of last year, the first couple months of 2022 are turning out to offer fewer options than before; there simply aren’t enough houses for sale in the city to satisfy demand. What’s causing the shortage, though? Well, a global pandemic certainly didn’t help, but there are several factors at work – we’ll get into the details in a bit.

If you look at the statistics for Philadelphia’s metropolitan area, you can see that the number of homes on the market is down 9% compared to December of 2020, and down 35% compared to December of 2019. Again, pandemics seem to be bad for the housing market. So what can potential homebuyers do? In a market like this, the best strategy is to use a Philadelphia real estate agency like Liberty Bell Investments. Rather than house-hunting in a sparse market on your own, taking advantage of local experts will increase your chances of finding the perfect property. In the meantime, though, it wouldn’t hurt to acquaint yourself with a few key facts regarding Philadelphia’s housing supply.

If you look at the statistics on Zillow, the average value of homes in December of 2021 (among homes in Philly’s metropolitan area) was $313,529. That’s a 15% increase compared to the average price of homes in December of 2020. Plus, even though mortgage interest rates are low, they’re still rising along with the price of nearly everything else; that’s just one more thing that’s driving up month-to-month housing costs.

That sounds pretty grim on its own, but just consider how things are going in the rest of the U.S. In a nutshell, they aren’t going well. Redfin reported that the nation’s active listings dropped to just 482,000 homes in December 2021, which was a 27% drop from the same period in 2020. At least the average home is slightly less pricey in Philly; the national average during that same time period was $358,460. Even so, knowing that everybody else is struggling too doesn’t really help the situation at home.

First-time buyers in Philadelphia have it especially tough, since they likely won’t have any property to sell, which then could then put towards their next house. Think of it as people on a crowded escalator. It’s always moving up, but if you’re already on the escalator, you’ll have an easier time than the people standing at the bottom; they’re just waiting for a few spare inches to show up so they can squeeze in.

While Philadelphia’s housing supply is shrinking, it actually isn’t as bad as the rest of the country, which is down 41% compared to December of 2019. As a matter of fact, things were looking up during the summer/fall months of last year, when inventory was actually making up ground for a while. That was short-lived, though; the upward trajectory flattened out, and then started falling again – to the tune of 11% in the last couple months of 2021.

Why did this happen? Possibly because of increased coronavirus cases, which could have given people cold feet about listing their homes. Due to widespread job insecurity, many people are hesitant to give up a stable housing situation when they might not have sustainable levels of income over the next few months.

Then you have the issue of new home construction – or rather, the lack of it. Builders have been starting plenty of homes across the U.S., but they aren’t able to complete them as fast as they’d hoped. Between inspection backlogs, labor and material shortages, and shipping delays, homes just aren’t getting built quickly enough to keep up with demand.

If you look at statistics for new listings in Philadelphia’s metropolitan area, you’ll get the same story. There were less houses being listed in the last month of 2021, compared to the same period of 2020. With the exception of Delaware County (with an almost 3% rise in listings), every other county within the region experienced the same trend. Chester, Gloucester, and Burlington Counties had it the worst, with a decrease of over 15%.

Normally buyer demand dies down in the winter, but that didn’t happen this year for some reason. It could be due to persevering buyers who weren’t able to find a home over the summer, but it’s hard to say for sure.

It’s a seller’s market in Philadelphia, and that’ll likely last well into spring, which is when home-buying typically picks up. Along with the rest of the country, Philly’s home listings only wait an average of 13 days before they’re snapped up by eager buyers.

Experts are suggesting that this won’t last much longer, though. Now that COVID-related restrictions are beginning to lift, new homes will be getting completed faster than before (that’s the idea, anyway). Plus, higher mortgage rates will probably bring down purchase demand as well. Between one thing and another, the disparity between availability and demand for homes will hopefully start to balance out in the next several months.

There’s also another positive development we can expect: the yearly cycle of new homes hitting the housing market every spring. There still won’t be enough to satisfy demand, but at least the situation will improve compared to how it was during the winter.

In a situation like this, it’s important for buyers to look on the bright side. The spring season will bring them more options regardless, and the coming months will probably see the situation improving even further. Even if they’re in a hurry to find a house, it’ll probably pay off if they wait to find the right one. After all, purchasing a home is a big commitment; they shouldn’t feel pressured into making a decision, only to regret the house they chose for the next several years. Waiting for a more favorable housing market will give them more choices, and that means a better chance at finding the perfect home.