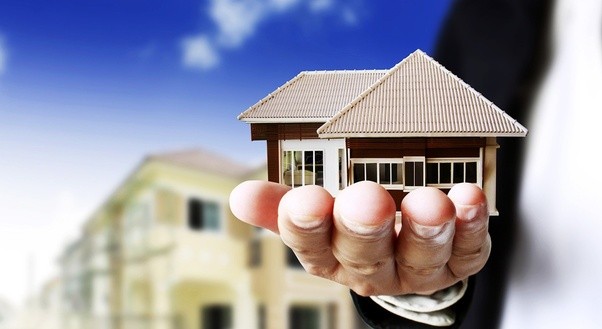 Foreign nationals, especially, the Australians and Chinese happen to be the biggest real estate investors for the nation.  With an intention to control the rising prices of houses, the New Zealand government has now made changes in its law to ban foreigners from buying existing properties.  On August 15, the New Zealand Parliament passed its Overseas Investment Amendment Bill and brought the new law.

Politicians in New Zealand believe wealthy foreigners are overtaking local buyers and outbidding them while buying their dream houses. No doubt, the housing affordability crisis is a cause of concern as properties are already out of reach for many citizens. Besides, rising prices, the high-interest rates charged by banks on loan and limited inventory are other prominent reasons behind the crisis. Plus, the immigration issue is making matters worse.

During her election campaign, Prime Minister Jacinda Ardern had promised voters that she would take steps to reduce homelessness and price growth in the real estate sector. The recent bill is said to be a step towards fulfilling the same promises.

Country’s Associate Finance Minister David Parker recently interacted with journalists and his opinion on the bill. He believes this step will help New Zealanders to fulfill the dream of owning a house. His government has demonstrated how committed they are to fulfilling promises.

The minister said this move would also help in ensuring that the international market does not gain control over properties in the country. May it be a modest suburban house, ocean-front estate, or a beautiful lakeside home, the market control for these houses should remain in New Zealand itself.

The housing shortage issue was considered as the most critical issue during the last year’s elections. Perhaps, the conservative National Party lost the polls due to its approach towards foreign ownership. It helped the center-left coalition to win and form the government which is currently led by Labor’s Jacinda Ardern. However, the opposition party still thinks the ban was not necessary, and it may not fix the problems that the sector is facing.

Trouble for the real estate sector

Since the last decade, on an average, the prices of homes have risen by as much as 60 percent in most parts of the country. Buying a house in the nation’s largest city, Auckland has become extremely difficult for locals, as the city’s properties witnessed a 100 percent price rise since the last decade.

The news about the government’s intention to put a curb on foreign buyers did manage to slow the sector down in July, and the house prices fell by 1.8 percent according to New Zealand’s Real Estate Institute. However, even after the slight drop, property rates remained 6.2 percent higher compared to the prices reported during the same period last year.

During June, the government had allowed foreigners to buy units in newly constructed large apartment buildings. Construction companies were allowed to sell 60 percent of the units in such structures to outsiders. However, that rule has been scrapped now.

Out of the overall 71,000 non-New Zealanders who migrated in the country during 2017, 10 percent are Chinese, 12 percent from the UK, and 20 percent of them are from Australia.

The International Monetary Fund (IMF) has been expressing its displeasure about New Zealand’s intention since July this year. The IMF believes foreign investment is necessary to build new homes and the government’s move will surely discourage FDI and profitable trading.

Will this ban help locals to buy a property?

The common perception in the country is that foreign buyers are the primary reason behind increasing house prices and this is putting pressure on the country’s overall infrastructure.

Just like in the UK, Chinese investors are investing a lot in properties located in various parts of New Zealand.  Even some Americans, like Peter Thiel, have bought properties and become citizens.

The vote for the recent law was passed with 63 in favor and 57 opposing it. Non-residents are barred from buying most types of houses. However, they can still invest and buy houses in large buildings that have a quota to sell homes to non-resident investors.

As mentioned earlier, non-resident investors from Singapore and Australia are not covered by the ban. Foreigners who have a residency status can also continue investing.

Auckland based renowned economist Shamubeel Eaqub also shared his opinion on the policy. He is one of the critics who believe the government rushed a bit and the sector might face its unintended consequences. Public policies are complicated, and lawmakers need to be very careful while crafting the same.  He also said the strategy seems to be designed with the intent to keep foreign investors away, and this might hurt the supply if houses during the coming months. According to him, preventing foreign investors from investing is not the right solution to make homes affordable.

Eaqub believes, there’s no point in allowing foreigners to buy houses in newly developed buildings. He has also questioned the logic behind allowing individuals from Singapore and Australia to continue buying properties. Data from the real estate sector shows that 30 percent of foreign property buyers in the country are Australians.

From Eaqub’s point of view, foreign buyers are not a nuisance in the urban areas as at least because less than 10 percent of property buyers happen to be foreigners this year. Prices for properties are also increasing in the areas where foreign buyers have not invested any money.

He has urged the government to focus on the supply as well as construction related issues. Affordable housing can be achieved with the help of new policies in planning and new social housing schemes. Rules associated with renting also need to be relaxed to make renting a property more affordable.