5 House Gadgets For Your Old Home 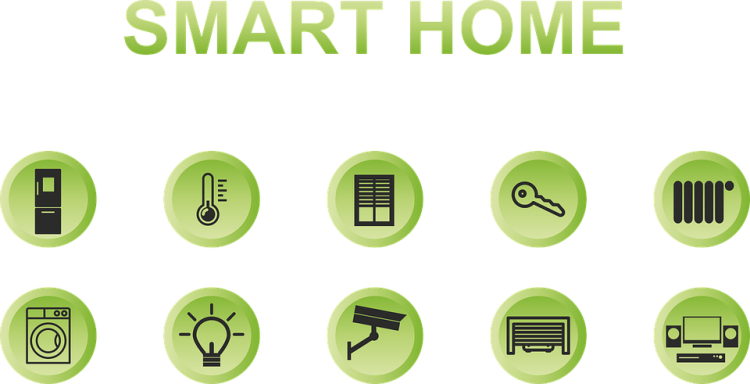 “Old is gold,” goes an old saying. True to those words, some houses that were built several years ago remain strong. Owners of such homes treasure them so much that even if you give them a modern castle, they would instead do whatever they can to improve their old house.

Although it is not an easy job to turn an old house in an attractive modern home, that does not mean it is impossible. Many people have completely changed old houses that were left desolate for long. Today, those houses look amazing. What have they done? What tricks have they used to make the old houses look impressive again? Granted, older homes need important gadgets such as Dehumidifiers, but it is important to purchase one that has good reviews. Here are five other house gadgets that will transform old homes:

Most modern houses have sophisticated gadgets that make the homes what they are. But even the old houses can be modernized thanks to the LiveWatch security camera.

Did you know that LiveWatch is equipped with motion sensor for windows and doors? It also has a nicely designed z-wave panel. Additionally, the householder has the freedom of installing as many cameras and locks as they may need.

Sonos Play:1 is a small speaker that one can place inside the house but with amazing results. This system streams virtually everything from SiriusXM, Prime Music, Google Play, Amazon Prime Music, Pandora, Spotify, to Apple Music.

The good thing about Sonos Play:1 is that it does not need a phone’s Bluetooth to operate. This means members in the house can wander with their phones as far as they want and at the same time enjoy streaming their favorite music.

To use Sonos Play:1 one need to download the Sonos App. It is not a hard thing to do because almost everything nowadays is dependent on apps.

Planning on moving into that old home? Trust Roomba 980 to do the cleaning for you.

The newest robot vacuum is semi-autonomous.

Roomba 980 can be set to start and finish its cleaning and vacuuming work whether there is anyone in the house or not. Worried that the battery may run low while cleaning? Relax, because it is programmed to go back to its charging station the moment it detects a low battery. Although some claim that it is pricey, the fact is it does its work the right way.

Roomba 980 is is the most efficient cleaner. It cleans the most sharp corners and edges making old houses more conducive again. Don't get me started on how it manages to suck tiniest dirt and pet hairs from surface. This gadget definitely gives you the right value for your money.

For many years, homeowners whether in old or new houses have been using wall sockets and electric switches. They use these two power sources to either put on or put off colorful string lights, lamps, coffee makers, fans, stereos, and other electric home appliances.

To perform any function, one needs to stand from their couch, which may be several feet away to flip the switch or socket. This usually comes with many inconveniences and discomfort of its kind.

Thanks to technology, now it is possible to flip the switch, turn on or off the stereo, and command the coffee maker with the voice. This positive effect of the Internet of Things (IoT) is called The Smart Plug.

To activate a smart plug it is as simple as plugging it into an electric power source. All appliances controlled through voice command are then plugged in to the Smart Plug. Sit back and watch the magic happen as you command the appliances with the support of a mobile phone or a special voice assistant.

One such Smart Plug is TanTan. Although it is not the only one in the market, it is one of the best. This and other modifiers are essential in turning an old home into a modern, convenient home.

This is an essential gadget, especially when fitted inside an old house. For example, an old house can have leaks, and several parts such as the roof, the chimney, walls, and the floor may be worn out or in a bad state.

Because of this, there are high chances of catching fire. Odor from the kitchen utensils may be fatal if not eliminated. A quality smoke detector in the house will be a lifesaver. When choosing a smoke detector, it is advisable to look for brands that have alarms.