The Benefits of TDX 20 Over R-22 Refrigerant 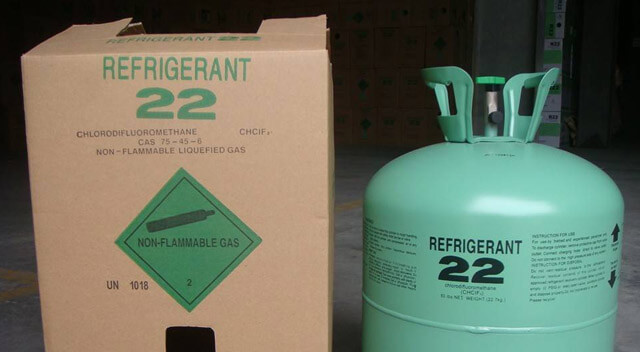 For decades, the default refrigerant of choice in HVAC systems was R-22. This refrigerant was a replacement for older CFC based gases, which were phased out because it was discovered that they were bad for the ozone layer.  Sadly, as with many man-made compounds, it was later found that R-22 is not exactly environmentally friendly either, so the world’s governments got together to find new, even more environmentally friendly compounds to use instead.

Because air conditioning systems are so specialist and so expensive, the discontinuation of Freon did not happen immediately, and even now there are some Freon-based systems still in use. It is no longer legal to make Freon in the United States or to sell units that rely on it. However, Freon can be imported for the purposes of refilling units that rely on it. As of January 2020, there will be a complete ban on the import of Freon, and the only way that someone who owns an R-22 powered HVAC system will be able to get their unit recharged would be to purchase some that a repair technician has stockpiled, or to buy some that have been reclaimed from a decommissioned HVAC unit.

TDX 20 is More Efficient and Cheaper

Running an air conditioning unit is expensive. HVAC systems are constantly in operation, heating and cooling spaces. For many businesses, the HVAC unit accounts for more than 50 percent of their bills. Things like lighting, computers, etc, while accounting for a larger number of devices overall, and accounting for more active time, are a fraction of the cost.

When you change out your existing coolant, you can increase the energy efficiency of your unit, and greatly reduce your running costs. There are several alternatives to R-22, and some are drop-in replacements, while others require some small modifications to the unit. Given the fact that R-22 has increased massively in price over the next few years, and that it is projected to see its price increase at a close to exponential rate in the run-up to the full phase-out date (and beyond, as available supplies will dwindle), it makes sense to look for a replacement. A full air conditioning charge could cost more than $1000, and the running costs of R-22 units, which are likely to be close to a decade old, if not more, are high too.

TDX-20, which is brand-named Bluon from http://bluonenergy.com, is cheaper to buy and offers energy efficiency savings too. It has much lower GWP (Global Warming Potential), and it is one of the most energy-efficient of the replacements.

Bluon is Designed for HVAC Units 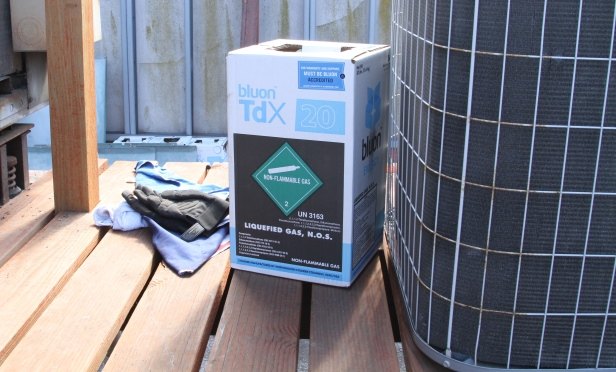 TDX-20 is a gas made by a company called Bluon Energy. This company was founded by Bluon energy, a brand that has always been at the forefront of research into alternative refrigerants. The team has been working on finding energy-efficient solutions to the HVAC problem for more than seven years, and the options that they have come up with so far are interesting alternatives. One of the problems with a lot of the alternatives out there is that while they have low GWP, they are not as efficient as R-22 was, so while the gases won’t damage the ozone layer directly, using them means that the units require more electricity to run and therefore they will still end up damaging the ozone layer.  In some cases, they can increase the energy consumption of the HVAC units by 30 percent. Even some of the better options increase the energy consumption of the units by around 5 percent, and this decrease in efficiency is noticeable for a big company that needs to heat or cool a large space or a lot of buildings.

TDX-20 is one of the few formulations that are both better for the ozone layer, and able to operate more efficiently. It can transport more heat at a lower pressure than other units. This means that it can improve the energy efficiency of an HVAC unit by up to 25%. The team has found that by combining a number of different gases which vaporize in sequence, it is possible to get a domino effect, making the coil more productive.

TDX 20 has been cleared for use since 2016 and meets all EPA requirements. Under ASHRAE it is known as R-548A, and it is often marketed under that name. Now that the 2020 deadline is approaching, and R22 has almost quadrupled in price, it is becoming increasingly important for companies to find viable alternatives.

The deadline for the R-22 phase out has been known for many years, but a lot of companies are still unprepared because of the fear of the unknown and the fact that they don’t want to interfere with their unit while it is still working. That view was a sensible one a few years ago, but it is now becoming a short-sighted stance. The time is running out to update your unit. If your unit is damaged, and you need to repair it, then consider investing a little extra to update the unit to rely on Bluon instead. It’s a good investment for your wallet, and for the environment.