Reasons for Using a Multimeter for HVAC Maintenance 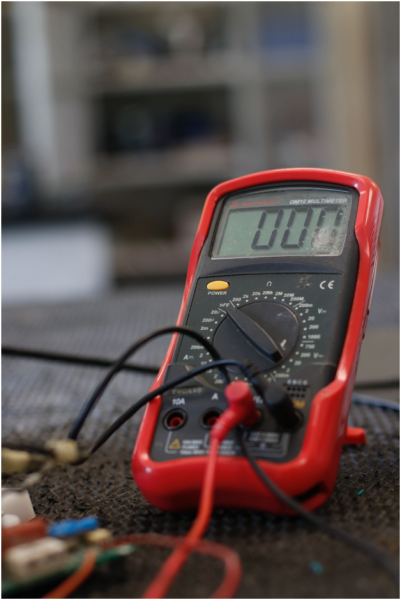 Photo by Willquezada from Pexels

When it comes to measuring the electrical properties of a substance, there is no better equipment than a multimeter. These little devices come in all shapes and sizes. Their prices vary, as do their features. Electrical experts find these devices invaluable, and for good reasons too. It is unimaginable to maintain a system as intricate as HVAC without the use of a multimeter.

Many areas in the world sustain poor weather conditions throughout the year. Temperatures either soar high or creep low, making daily lives unbearable. Thus, a properly functioning HVAC system is as essential as any other daily necessity these days. In case the HVAC begins malfunctioning, the professionals arrive carrying at least a multimeter.

Imagine using a different appliance for all the different tasks we carry out on our smartphones. It would be an impossible task to keep track of them all. Multimeters provide the same service. Just having a multimeter omits the necessity to bring a separate ammeter, voltmeter, capacitor, resistor, and other crucial instruments. Faulty HVAC systems greatly benefit from the use of some of the best types of multimeters during the repair process. Phyxter Home Services contains an assortment of suitable multimeters for HVAC technologies.

General Settings to Find in Multimeters

The display on a multimeter shows various ranges of figures. As this is a general-purpose device that measures almost any electrical value, the interface does seem complex. However, the fact that it negates the use of multiple devices for the same values, HVAC systems are generally checked with multimeters. Some of the vital utilities it displays the readings of are as follows:

Using different equipment for measuring each of the aforementioned electrical properties simply epitomizes inefficiency. Maintaining the number of loose cables itself would be a monumental hassle.

HVAC is an entire system consisting of multiple functionalities. This leads to the possibility of minor issues surfacing without any hint of the origin of the problem. However, due to the magnitude of the entire system, it is a highly challenging task to pinpoint the exact issue.

Multimeters accommodate a continuity tester that provides information on the integrity of the circuit. Any break in the wiring is instantly detected and displayed by the device. This is one of the very first steps an HVAC professional will take once on a task to check or repair an HVAC system. While there are other ways to receive the same information, it does beat the purpose of using a single piece of equipment like a multimeter.

Once the continuity of the circuit is checked, if a feasible outcome is generated, the multimeter can also be used to check decisive values like volt (V), ampere (A), and resistance (Ω).

HVAC, being an electronic system, might encounter any number of problems. Not knowing the exact source makes matters worse for the person trying to solve the issues. A voltage drop might be the result of a drop in current or a rise in resistance. For a complete check to be performed with independent devices, all the readings need to be checked independently with different devices. This raises the hassle, especially for a task involving an assortment of wiring.

A single multimeter can be used to measure all the values. This makes the task faster and simpler. In situations where the HVAC systems are in extremely hazardous conditions, a quick fix is beneficial for both the homeowners and the professionals involved in the repair works.

Large HVAC systems generally serve a number of purposes. From heating and cooling to keep the humidity levels stable in the house, a multi-functional HVAC system does it all. Evidently, the chances of internal system errors are very high. However, at times, the system might still be functioning due to the superior designs of modern times, sustaining the possibility of eventual risk.

Multimeters possess the capability to detect such unknown errors in the system. As these devices are capable of reading electrical values of different nature, erratic values can be identified. Independent measuring devices are not capable of this unless they are set up manually.

The prime functionalities of a multimeter are manifold as described above. The complexities that an HVAC system generally runs into are also of various sorts. Locating the problem area requires multiple checks. The voltage might be running low; the current passing might not be sufficient; the build-up of extensive internal resistance might halt the functionality of the entire system.

Multimeters are able to deal with all of the issues mentioned above. A professional needs accurate data to make decisions for repairing the system. Multimeters provide that data down to the smallest decimal value, depending on the limits of the particular device. This enables sharp decision-making by the professional, leading to a quicker fix.

The multimeter is a single piece of equipment. Storage and usage are very convenient. Although other pieces of equipment are compact in design, the fact that they need to be used along with other equipment increases the inconvenience.

On top of that, the cost of a single device is significantly less compared to the costs of multiple devices. Independent contractors find it feasible to utilize multimeters rather than single gadgets due to this. A profound check on an elaborate HVAC system would require several professionals if independent devices are used and simultaneous readings are necessary to be noted.

Modern times require modern solutions. With electronic devices reaching greater heights in the aspect of efficiency, the complexity of the circuits implemented to make these devices functional is also escalating in epic proportions. Unless a multipurpose instrument is used, professionals face a tough and inefficient fight in the repair process. Multimeters solve this problem, especially for large systems like HVAC.