Possible Reasons You’re Spending Too Much on Home Cooling

For people who hail from warmer areas, summertime cooling costs can prove financially draining. However, when your only choices are paying a small fortune and living in an unbearably warm residence, your hands are essentially tied. While there’s no denying that cooling a home throughout the summer can be expensive, many of us actually spend a lot more on cooling costs than we need to. So, if you’ve frequently found yourself wondering why it costs so much to cool your home, consider the following reasons.

Every residence needs reliable ceiling fans. In addition to complementing the efforts of your air conditioning system, good ceiling fans can function as independent cooling aids – especially when their blades have been adjusted to spin counterclockwise. So, if your home is currently in need of high-quality ceiling fans – or ceiling fans in general – now would be the perfect time to buy a good chandelier ceiling fan.

Escaped Air Through Your Windows

Fortunately, there are a number of easy ways to minimize escaped air. If you have the money to spend on window upgrades, consider replacing your current windows with energy-efficient ones. Energy-efficient windows contain multiple panes, making it much harder for indoor air to escape and outdoor air to enter your home. If you’re in the market for a budget-friendlier option, outfit your home’s windows with thermal curtains. While not as effective as energy-efficient windows, these curtains can prove tremendously helpful to your home cooling efforts.

Oven use can noticeably increase the temperature of both your kitchen and any areas in the immediate vicinity. While this can be a bit of blessing during the frigid winter months, it stands to make things extremely uncomfortable over the summer. So, if you do a fair amount of cooking, it might be a good idea to rethink your approach to food prep during the summer months.

Mind you, this doesn’t have to be a bad thing. While you may initially view less oven use as an inconvenience, this is actually a great opportunity to expand your repertoire and flex your culinary muscles. For example, if you’ve yet to experiment with health-conscious, oven-free summertime recipes, there are no shortage of options from which to choose. Additionally, if you’ve been dying to fire up the ol’ grill all winter long, now is the perfect time to embrace cooking outdoors.

For over two decades, many of us have heard about the benefits of energy-efficient light bulbs. In addition to lasting much longer and consuming far less power than traditional incandescent bulbs, energy-efficient CFLs and LEDs can help reduce your household’s carbon footprint. However, despite these advantages being well-known, a frustrating number of us have refused to make the switch. In some cases, people have stuck with incandescents because they grew up using them and can’t be bothered to change. More often than not, however, the issue is cost.

While it’s true that energy-efficient bulbs tend to cost a little more than incandescents, their substantially longer lifespans ensure that consumers more than get their money’s worth. In other words, a small short-term financial sacrifice stands to save you a considerable sum over time.

Making the switch to energy-efficient bulbs can also help you maintain consistently cool indoor temps throughout the summer months. Since these CFLs and LEDs produce far less heat than traditional bulbs, you won’t have to worry about your light fixtures contributing to your summertime cooling woes. 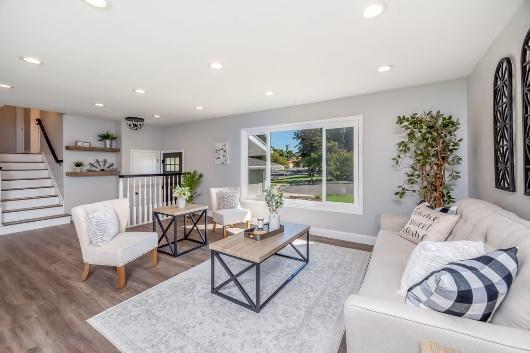 If there’s one thing worse than dealing with intense summertime heat, it’s receiving exorbitant summertime utility bills. And with another record-breaking summer fast approaching, it behooves every homeowner to make cost-effective cooling a priority. Unfortunately, without even realizing it, many of us engage in behaviors that wind up contributing to high cooling costs. So, if you’re unclear on why your summertime utility bills are so high, take a moment to consider the reasons discussed above.