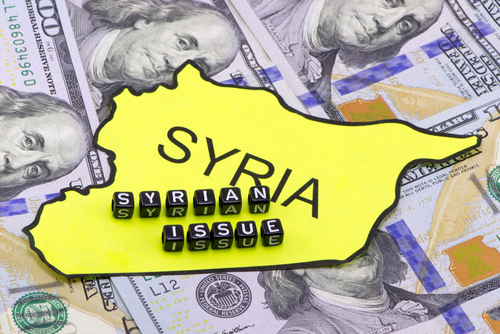 On April 11, United States President Donald Trump fired a tweet targeted at Russia in response to their threat to shoot down any missile fired at Syria. This exchange of words between two nuclear powers has continued to weigh on the dollar when measured against other top world currencies.

At 11.57am Wednesday morning, President Trump tweeted “Russia vows to shoot down any and all missiles fired at Syria. Get ready Russia, because they will be coming, nice and new and ‘smart!’ You shouldn’t be partners with a Gas Killing Animal who kills his people and enjoys it!” With tensions high and sentiments touched, the US dollar saw a mass of fresh selling against the stoic Japanese Yen on Wednesday. As a result of the war of words between the two super powers, many of the world’s major markets went back to red after a few days of gains, causing traders to take safety measures. Experts suggest that the Japanese Yen plays a crucial role of providing a safe haven when world politics affect the financial markets.

The yen typical rises in value traders fear that investors from Japan which happens to be the world’s largest creditor nation will move their funds back home during a crisis. This is coming on the heels of the easing of the threat of US/China trade wars after Beijing promised to lower import tariffs on certain goods and open its economy. However, fears of an imminent strike by the US against Syria eased off a little when the President reportedly failed to settle on an action plan with Defense Secretary Jim Mattis. Additionally, comments from the Kremlin supporting dousing of tensions in Syria has somewhat eased the risk of sentiment thus reviving the risk appetite Thursday. This was further helped by the White House’s explanation of President Trump’s Wednesday’s tweet, eventually giving the USD/JPY currency pair a chance to catch some favorable bids Thursday.

Thursday 12th April saw the US dollar struggling to maintain a foothold above 107.00 against the Japanese Yen. Experts see this as a direct result of the escalating tensions between the US and Russia over issues in Syria. The USD had initially experienced a drop of 0.27% down to 106.90 Wednesday following Trumps tweet. It later moved to 106.94 (+0.14%) after gaining technical support at 106.60. As the US moves into trading season, the possibility of military action by the US in Syria will likely limit how far the USD/JPY pair can go. At least until the future is a bit more certain.

The USD index that tracks the US dollar against a basket of 6 world currencies stood at 89.27 late Wednesday, up by 0.06%. However, the USD dropped to 89.09 over the night but gradually recovered Thursday morning as it became obvious that any military action by the US in Syria will not be immediate. Additionally, the favorable assessment of the latest FOMC meeting minutes brought a bit of support to the US dollar and further strengthened the currency pair’s recovery. Looking at it holistically, the USD/JPY pair has been struggling within a small range since the beginning of the week but managed to rebound from the 106.60 support area. This means that it would be wise to wait for a significant break below that support area before planning for any further short term move. The situation in Syria has caused oil prices to rise the highest in 3 years reaching over $73 per.

This is the highest seen since December 2014. However, despite the possibility of a conflict between the US and Russia over conditions in Syria, the Russian Rouble managed on Thursday to reclaim some of the ground lost the previous week as a result of fresh sanctions by the US. Wednesday 11 April saw the RUB/USD pair hit the lowest in 2 years following President Trump’s tweet. However, the currency pair managed to prop itself up Thursday when it appears that the supposed conflict will not be immediate. Geopolitical conflict however happens to be imminent and will continue to underpin the market until resolved.

Early Thursday morning, Saudi Arabian air forces reported intercepting missiles over Riyadh fired by Yemen on Wednesday. Blasts were heard and smoke seen in the sky over the region around that time. In the US, markets are waiting to see if and when the US will conduct air strikes on Syria. With the possibility of global conflicts in the air, investors are likely to put their trust is safe haven currency assets such as the Japanese Yen and French Franc or solid commodities like gold.