Property portal The House Shop have been out and about in Wimbledon finding out what life is really like during the tournament for local residents. With the noise nuisance, crowds, litter, congestion and endless queues, the tournament can be both a blessing and a curse.

The House Shop team spoke to numerous residents and businesses and found several residents that were not only happy with the annual tournaments presence but also making a little extra cash from it.

They spoke to Rosemary and Roger Chadder to hear their experience of living in tennis-mad SW19.

Roger and Rosemary Chadder have lived in Wimbledon for almost half a century and have been making the most of the financial opportunities that the tennis tournament brings for local residents. While the disruption and chaos can be a nightmare for local people, the rise of the ‘Driveway Tycoons’ have seen residents making serious cash from renting out their driveways and front gardens. 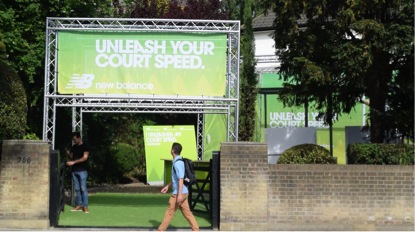 Roger and Rosemary have rented out their driveway for several years during the tournament, and all for a good cause, as the profits will go towards the local community church.

Nick Marr of TheHouseShop.com " Our team expected to find residents complaining about the expected 500,000 people that invade the streets of Wimbledon South West London. Instead we found residents that found the competition a boost for the area and in some cases an opportunity to benefit from the people that visited the tennis competition.

Example of how another Wimbledon homeowner is benefitting from renting out the driveway of their home. 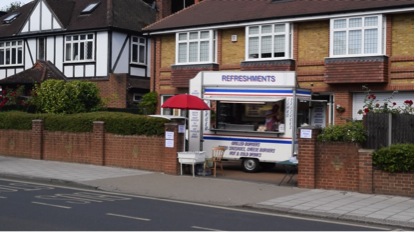