What The New Suburbanites Want: These Aren’t Your Parents Suburbs 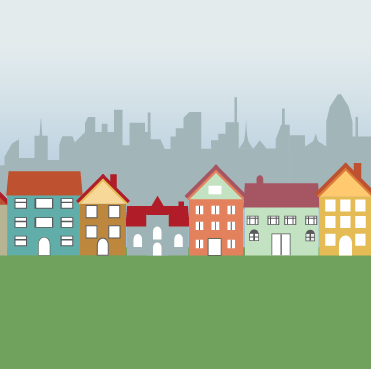 What The New Suburbanites Want: These Aren’t Your Parents Suburbs

For decades the suburbs have been inefficient areas that were not conducive to having a sense of community. Yes, they were great for raising a family by having a yard and extra space. But, many just didn’t offer much in the way of conveniences.

That has changed now that urban dwellers are having families and moving out of the city. They are coming back to the suburbs, but they want it to be more like the city they left.

There are pros and cons to living either in the city or the suburbs, but many communities are now trying to accommodate the needs of these new suburbanites.

Let’s take a look at what the New American Dream looks like as suburbs try to make a more community-driven place to live.

To really get a sense of how the suburbs are starting to change, you need only look at Meridian Texas. These are set up more like villages than suburbs. The houses revolve around a center with shops, cafés and even pools. Fitness centers, outdoor theaters and even recreation centers all add to the idea that a suburb doesn’t need to be a sterile place where you just sleep until it’s time to go to work the next day.

The idea is that there is a focal point that draws people into common areas so they can feel like people used to when they lived in a village.

These new style suburbs give the best of both worlds. On the one hand, you have your dream house with more space than you get in the city. And on the other, you get convenience, entertainment, dining, networking, and living close to work.

As we become more aware of how we are damaging the planet, people want to live in a more sustainable way. These new suburbs take much of the reliance on a car out of the equation. The communities are more walkable and have an increased living density than a suburb created in the 1950s.

More density also means that these communities are easier and less costly to maintain. Utilities are more concentrated and easier to maintain. There is less need for a big police force. And the town can use electric vehicles to get around since there is less ground to cover.

Many of these new generation suburbs are also connected by rail to the nearest city which saves many people needing to commute by car.

For a long time, suburbs were basically where white people lived. Now that more urban dwellers are leaving the cities, these new suburbs attract more diversity. This reflects the growing diversification of the country as a whole, but it is also by design.

The idea that diverse equals urban is starting to fade as the new suburbs begin to look less generic and more colorful.

Though these types of communities may not be cheap, they do signal a new look to what we all thought the ‘burbs were all about.