What is French Provincial furniture? Should you feature it in your home? 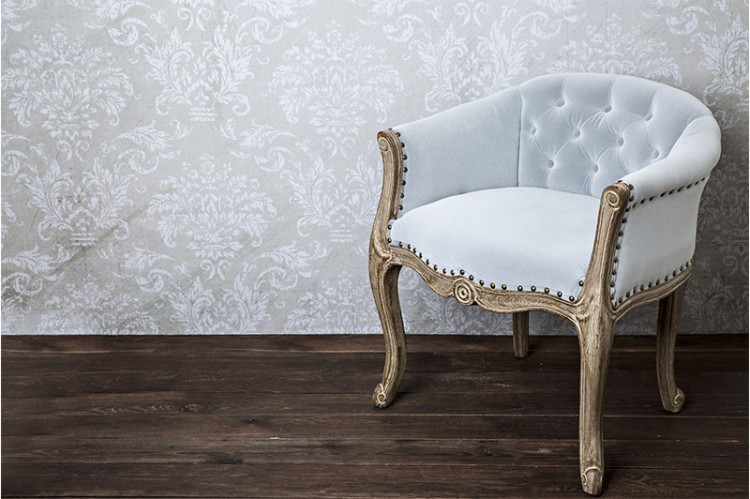 Some styles in the French Furniture industry can be underutilized, usually because of their lack of representation in the history which can be overshadowed by more popular ranges. French Provincial Furniture is one of those underused styles that needs some love.

Perhaps people are scared to feature this luxurious style in the assumption that it's going to take over the home, or that it simply is too rich and expensive amongst their other French interior design elements..

Continuing, we are going to discuss the following factors of French Provincial Furniture;

●     What French Provincial Furniture is

Hopefully, by the end of this, you’ll know a lot more about what is French Provincial Furniture and why you just have to feature it in your home, for its style and glorious design purposes.

What is the History of French Provincial Furniture?

The history of French Provincial Furniture is someone what unknown to many experts, however its a vital one to know if you’re looking to purchase this form of furniture as with any french furniture so that you feel a bit more connected with your purchase and you can truly fall in love with all aspects of it.

However, we need to know the French provincial definition first before we can get into the history…

Back to the History of French Provincial Furniture…

Now we’ve gotten that out the way, we can now talk about this classic French interior design style that was so prominent in the 18th century.

Because of this, we leave out the beautiful French Provincial Furniture, which is a simple and more affordable version of typical french designs that featured some less intricate designs. Still, for the rich, these particular pieces were for the wealthy families that couldn't quite stretch their budget to Parisian furniture.

The residents of these provincial areas, who were the main buyers of the French Provincial furniture, were commonly out of touch with the trends of the capital. Local craftsmen would sometimes travel to Paris to gain some inspiration which would lead them to create the French provincial style pieces we know of today. They often adopted only a few influences, whether that was style and material used, instead of actually replicating the style to a T.

Sadly due to the lack of importance throughout history, since these pieces were commonly only being bought by people in the south, original French Provincial furniture has become increasingly difficult to source throughout that period of history.

However, there is an alternative...

The reason designers couple these two terms together are because French Provincial is specific to the Provincial regions of France, whereas French Country is a ‘catch-all term’ which refers to furniture from the north as well as the south and all the bits between within France.

Because of there similarities, it can be hard to tell the difference between the two, here are some key differences to notice if you’re looking to identify French Provincial from French Country.

Although virtually similar, unless you’ve done your research, French Country features a more relaxed style to that of many French furniture pieces, making it a somewhat casual version of the French Provincial furniture.

Since French Provincial refers to the towns and countrysides of the south, you can expect to have more warm colours decorating the furniture. The difference with the French Country is that because it's a ‘catch-term’ as we’ve just discussed, it features a wide range of colours from the sunny Provenance of the south to the cold Nord-Pas-de-Calais in the north.

Truly, there is no real difference that an uneducated eye can spot, all we would recommend is that you’re going to add furniture that is going to match with the colour you already feature in your home - unless you want to completely renovate a space, then go wild! That should be your only thought when picking from French country and French provincial styles, everything else doesn’t matter much due to their obvious similarities.

Perhaps you’re still asking yourself what French Provincial Style is, since we’ve only touched on what the style especially is when comparing it to other French furniture, we’re going to give you some key points on how you can identify this luxurious furniture so that you can add it to your own home space and create a French provincial house style you have always wanted.

The great thing about French Provincial Furniture is that it didn't have a set guideline or uniform style when it was originally created, because each individual region had its own influences and traditions which played a major part in furniture creation at the time, so this would affect how this style turned out too.

And although we did say that French provincial styles were similar, due to the local craftsman sharing no distinct guidelines, there were a few over ornate pieces that would replicate other French furniture styles which would fit into the catch of ‘French provincial furniture’ but these were an exception to the ‘casually ornate’ rule.

However, despite all this, most pieces featured common characteristics that placed them in the French provincial style category.

Typically with French style pieces, the were used in a way that was uncommon with French furniture at the time. They were seen as more decorative items rather than practical ones. However, with the French Provincial Furniture, they were designed for both purpose and decorative style due to their use in Ranches and Country houses.

Each piece particular features an ornate design in a moderate way, not over the top like a lot of the French furniture but enough to set it apart from other French home interior pieces that were typically around at this time.

The most popular way to decorate furniture, french provincial style typically consisted of defining panels that were engraved and decorated with flower, mythological created and curved lines.

With the beautifully hand carved details applied to the furniture, these are then painted with rich colours, typically those that are of a warmer essence which is a representation of the south area of France.

Made from locally sourced woods

Affordable materials, typically the furniture was made from oak, walnut, beech and cherry were commonly used for creating the furniture. Other fruitwoods were used like pear, peach and apple.

Cabriole legs are basically curved legs that feature two arches, the upper one facing out and the lower one facing in, these legs were popular with French provincial furniture.

Not such a glamorous finish

Typically not as showy as royal pieces, the surfaces are usually decorated with a stained finish or a painted finish, which was more affordable and high-gloss finishes typically took a lot of care and maintenance so this is a great alternative.

Should you feature it in your home?

Now the real question is, should you feature it in your home? Well, that's totally up to you, that depends on the interior style you have and the colours you’re looking to feature.

However, we’re going to offer you places where you can feature this luxurious French provincial furniture that will make for a great addition to your home interior space.

Probably one of the best places in your home where you can utilize the French Provincial style of furniture, simply because you can combine many pieces such as a HomesDirect365 dressing table, stool and cheval mirror together to get the acquired look you desire. Also because of the many coloured finishes that are available, there will be a style and colour that will perfectly fit your home.

Another great place to take advantage of the underrated French Provincial furniture is in the lounge area, this is because you can truly make use of the fabrics which are commonly used which wouldn't work in the bedroom area.

French Provincial furniture, like any style of furniture, will only fit into your home if you’re adding it to an interior space that is going to work with such a luxurious and appealing style, otherwise, you'll be overpowering the rest of your furniture and decor in your home.

Other than that, French Provincial Furniture is one of the most underrated and overlooked styles in history and even in today's French Interior furniture market - this is why we believe you should fully take advantage of a style that is underutilized and one that will make your home stand out from the rest.